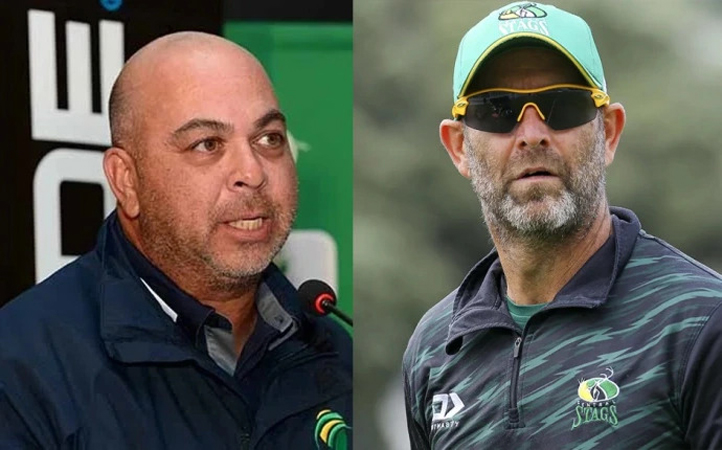 JOHANNESBURG: South Africa have named Rob Walter as their new head coach in limited overs cricket with Shukri Conrad to take over the Test team, officials confirmed on Monday. Mark Boucher, who had been in charge across all formats, resigned following the recent Twenty20 World Cup in Australia to take up a role in the Indian Premier League with the Mumbai Indians. South African Walter has previously worked as a strength and conditioning specialist with the national team but spent the last seven years coaching in New Zealand domestic cricket. Conrad is an experienced head coach in South African domestic cricket and was most recently in charge of the national Under-19 side. He will have a light workload early in his tenure with South Africa scheduled to play just three more tests in 2023, starting with a two-match series at home to West Indies that gets underway on Feb. 28. Both coaches take up their roles from Feb. 1. South Africa’s director of cricket Enoch Nkwe confirmed they will have interim coaching for the three-match home one-day international series against England that begins on Jan. 27. “Their leadership is very strong and they are clear in their minds about how to move South African cricket forward,” Nkwe told reporters. “Not just the national teams, but also our (domestic) system.” Nkwe said it was important to lay the foundations for success in the 50-overs Cricket World Cup in 2027, which South Africa is co-hosting with Namibia and Zimbabwe. “The 2027 World Cup is a must-win and we need to build the systems to be successful there,” he added. “That will be our big focus (in white-ball cricket).”