Classy Arsenal outgun Spurs to extend lead at the top 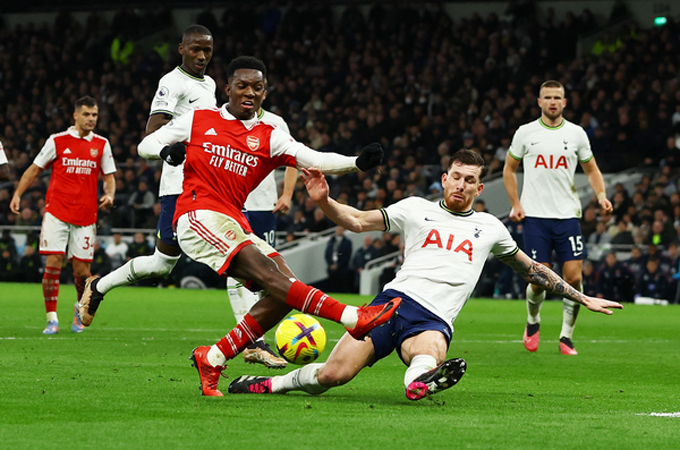 LONDON: Leaders Arsenal put on a masterclass to overwhelm shell-shocked north London rivals Tottenham Hotspur 2-0 away and extend the gap at the top of the Premier League to eight points on Sunday. The Gunners flew out of the blocks from the opening whistle and built a first-half lead through a clumsy own goal by Spurs keeper Hugo Lloris and a sublime strike from Martin Odegaard. Tottenham were totally outplayed by a fired-up Arsenal side under Mikel Arteta who were determined to make amends for a loss at Spurs last season that ultimately cost them a top-four place. They dominated the first half and battled gamely in the second, leaving Spurs boss Antonio Conte looking glum on the sidelines as he clapped his hands to rally his sorry side. Striker Harry Kane had chances either side of the break but keeper Aaron Ramsdale was equal to them. The win puts Arsenal on 47 points from 18 games ahead of Manchester City on 39, with Newcastle United, who have played a game more, and Manchester United a further point back. Spurs are in fifth place with 33 points from 19 matches.