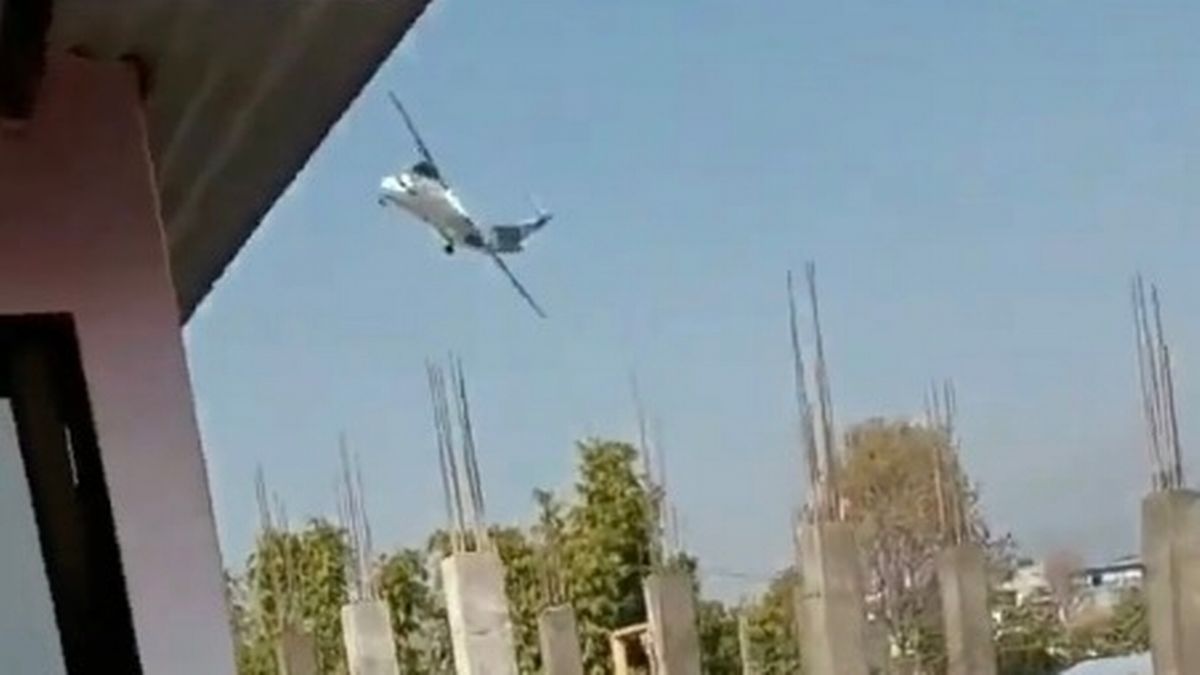 A cellphone recovered from the wreckage of the Yeti Airlines flight that crashed in Nepal today appears to have captured the flight’s final, very disturbing moments.

The twin-engine ATR 72 plane from Kathmandu, carrying 72 people, crashed shortly before landing in Pokhara, a popular tourist destination in the Himalayan country. At least 68 passengers were killed.

The video, which has gone viral on social media, begins with shots of passengers inside the plane and the city is below seen through the window as the plane circles before landing. Suddenly, there is an explosion, and the screen flips upside down. The final few seconds show a terrifying fire outside the window, as well as the cries of distraught passengers.

The plane suddenly tipped to the left, turned upside down, and then burst into a ball of fire, according to reports.

Five Indian passengers were on board, all of whom were from Ghazipur, Uttar Pradesh. Sonu Jaiswal, one of them, was apparently doing a Facebook Live shortly before the plane crashed. He is no longer alive. The same video can be found on his unverified Facebook account.

Abhishek Pratap Shah, a former Nepali MP and Nepali Congress Central Committee member who sent the video footage, told NDTV that he received it from a friend and that it was recovered today from the wreckage.

“It was sent by one of my friends who received it from police personnel. It is a real record. It is today’s video as the flight was about to land,” Mr Shah told NDTV in an exclusive interview.

Rescue work is expected to continue tomorrow and a search is on for the plane’s black box, which is expected to shed light on the reasons for the crash.  Pokhara is only a 25-minute flight from Kathmandu, the capital of the Himalayan nation.

The aviation sector in Nepal has witnessed several plane crashes lately and there have been concerns about the safety and training of flight staff.

Since 2013, the European Union has put Nepal on the flight safety blacklist. All flights from Nepal have been banned in EU airspace after the International Civil Aviation Organization flagged safety concerns.

“This aircraft is the best of what we have in Nepal and all the leading airlines have been operating the same aircraft,” Mr Shah said.

Pointing out that Pokhara is a tourist hub, he said the country needs to “upgrade our aviation system, our aircraft, information system, pilots also”.

“It is a serious time for Nepal. I think the present government is serious about this,” he added.