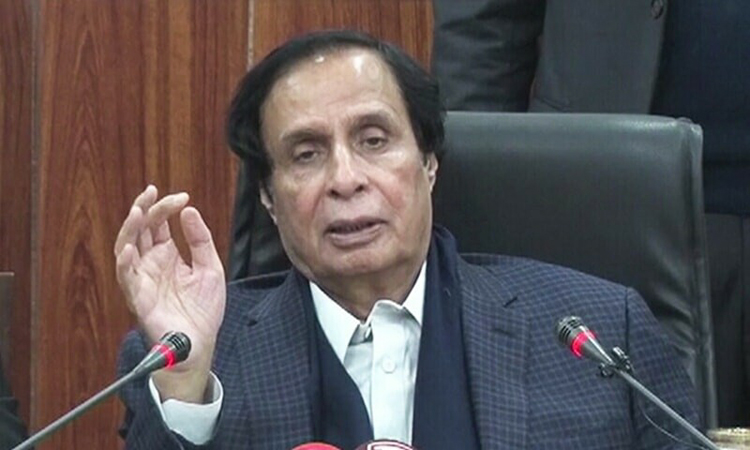 The PTI and the PML-Q on Sunday decided on three candidates, namely Ahmad Nawaz Sukhera, Naseer Ahmad Khan and Nasir Saeed Khosa, as their picks for the Punjab caretaker chief minister. Sukhera is a serving bureaucrat, Khan is the former federal health minister and Khosa is a retired civil servant. Outgoing Punjab Chief Minister Chaudhry Pervaiz Elahi announced the names while speaking to the media outside PTI Chairman Imran Khan’s Zaman Park residence in Lahore, where the two had deliberated on the matter. Elahi announced the names on Sunday night, saying that the selections were made by Imran himself. He later also shared the names in a tweet, saying that the names would now be sent to Punjab Governor Balighur Rehman. He urged the opposition to “think with an open heart” and said that if it did, he could see consensus being reached. During the media talk, Elahi was also asked whether the PML-Q was considering joining the PTI. “We have scheduled a meeting for tomorrow (Monday). All our MPAs MNAs and party officeholders are coming for that and we will discuss [the matter] there,” he said. “They (the PTI) have told us that ‘if you are absorbed into the party (PTI) then it will be good for you and the party’,” he said, adding that his son Moonis also felt the same.”

He also said that the preparations for introducing a no-confidence vote against Prime Minister Shehbaz Sharif were “100 percent complete”. ‘They thought we would back out of dissolving assemblies’ Earlier in the day, Elahi said that his party “fulfilled its commitment” to Imran by dissolving the provincial assembly despite conflicting statements by people in the “opposite camp” as he revealed the PTI offered his son Moonis the presidency. In a press conference in Lahore, the former chief minister said that it was initially said that PML-Q would back out of dissolving the assembly.

“But we assured Imran that this was our commitment to him and we stood by it. They offered to give Moonis the presidency but we refused because we didn’t want it to look like this was a trade. “I told them we will look at these things later. There was no trade […] we did this (dissolve the assemblies) because we trust Imran and know that he is capable of leading the country,” he asserted. Elahi went on to say during the upcoming polls, the PML-N would be hiding its face because it had been “completely exposed now”. “This is the reason Nawaz has refused to return to Pakistan,” he said, adding that the PML-N supremo had realised that his party would be defeated.