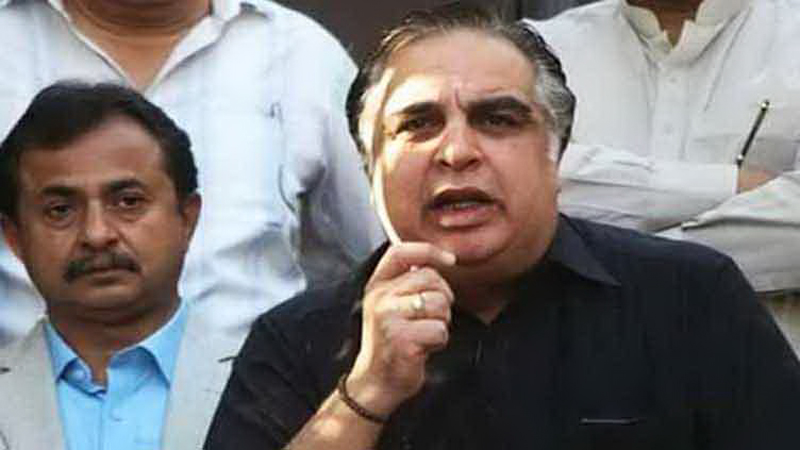 The Pakistan Tehreek-e-Insaf (PTI) leadership threatened on Sunday to shut down Karachi if mandate in the local government elections was stolen. Addressed media, flanked by Haleem Adil Sheikh and Firdous Shamim Naqvi, former Sindh governor Imran Ismail said, “Today, the entire Karachi stood by PTI chief Imran Khan.” Talking about the turnout, Imran Ismail said, “There was a low turnout due to the political uncertainty.” “I want to give the good news to the people of Karachi that the PTI has already won the elections,” Ismail claimed. Haleem Adil Sheikh lambasted the Pakistan People’s Party (PPP), saying, “The PPP’s political future is ended. We will not tolerate the rigging.”

He also warned, “We will not forgive the Sindh IG and chief secretary, if any wrongdoing happens.” Firdous Shamim Naqvi also took a swipe at the PPP, saying, “The PPP is staging drama in Sindh for the last 25 years.” Earlier, the PTI Secretary-General Asad Umar claimed that the election staff did not reach some of the polling stations in time. He alleged that efforts were being made to spoil the polls. The PTI was also in an uproar over the arrest of its MPA Rabistan Khan and demanded his immediate release. Imran Ismail claimed that the Sindh police, at behest of the ruling PPP, was “influencing” the elections. “Rabistan Khan’s arrest was an attempt to snatch the mandate from the PTI,” he said. He added that the lawmaker’s “mistake” was trying to prevent the PPP’s goons from rigging the polls.