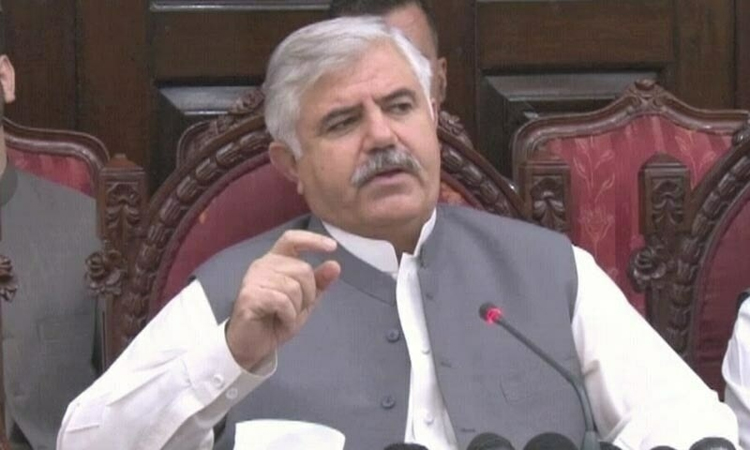 Khyber-Pakhtunkhwa (K-P) Chief Minister Mahmood Khan has announced that a summary would be sent to Governor Haji Ghulam Ali to dissolve the provincial assembly tomorrow (Tuesday) as per instructions by Pakistan Tehreek-e-Insaf (PTI) Chairman Imran Khan. The development comes a day after the Punjab Assembly was allowed to be dissolved automatically as Governor Balighur Rehman refrained from giving his assent to Chief Minister Pervaiz Elahi’s dissolution advice. Taking to Twitter on Sunday, Mahmood Khan expressed hope that PTI would come back to power after securing a two-third majority in the house. Earlier, it was announced that the summary would be sent to the governor on Saturday. The PTI had been saying that the summary to dissolve the KP Assembly would be moved following the dissolution of the Punjab Assembly. Special Assistant to Chief Minister on Information Barrister Muhammad Ali Saif, earlier, said that after the dissolution of the KP Assembly, a letter will also be written to the leader of the opposition, Akram Khan Durrani, for the appointment of a caretaker chief minister. “Now the federal government has no choice but to hold fresh elections,” said Barrister Saif.