* Imran Khan lauds Elahi, says merger with PTI will be in PML-Q's interest
* Plans being hatched to give seats to PPP in South Punjab, JUI-F in KP and PML-N in Punjab 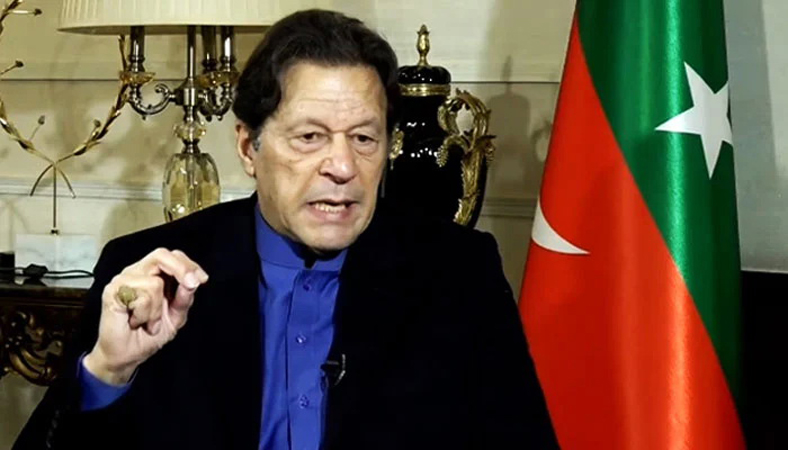 “PTI has passed the test. Now, Shehbaz Sharif will be fully tested,” Imran Khan told a private TV channel. Referring to the recent vote of confidence taken by Punjab Chief Minister Parvez Elahi, Khan said, “Our numbers had completed. Moonis Elahi worked hard at the last moment to achieve the required numbers of the PML-Q.” “Certainly, we will fully test him [Shehbaz Sharif]. He tested us here [in Punjab].

Now it’s his turn to face the music,” he said while responding to a question if his party can ask the premier to obtain confidence vote. “We will make a full plan. Not only confidence vote but we have other plans as well to test them [PDM government] for a first time,” he added. The cricketer-turned-politician while denying allegations of horse trading said that the PDM was still stuck to the “politics of Changa Manga”. “The country has changed and they don’t realise it,” the PTI chairman said, adding that for the first time in the country’s history, Punjab stood against the establishment during the by-elections in July 2022. “The by-polls changed the country’s politics.”

The former premier said that he realised the opposition being shocked at CM Elahi’s success at getting the required number of votes after seeing their photos while seated in the assembly. “They thought the establishment was behind them and they will win,” the PTI chief said, taking a jibe at the opposition. Lauding CM Elahi’s support for his decisions in Punjab’s political matters, Khan said: “The way Elahi is standing with us, there was immense appreciation in the party. He was the chief minister and made a real sacrifice. We are recommending he merges the party.” He insisted that a merger with the PTI will be in PML-Q’s interest. “Now only PTI’s ticket will work in the election. Whoever leaves politics at this time, will end their politics,” he said.

Shedding light on the challenges he faced during his tenure as the prime minister, Khan said that the three and a half years were “tormenting” for him. He criticised the federal government for its spending on visits abroad. “They are going to ask for money and are staying at the most expensive hotels. They don’t care about Pakistan’s money being spent,” he said, adding that the country needs a strong government to take decisions. Reiterating his fears of political engineering, the PTI chief said: “I am currently seeing political engineering in the country. They are gathering MQM-P and sending Balochistan Awami Party to the Pakistan People’s Party (PPP).” Khan revealed that there are plans to give seats to PPP in South Punjab and Jamiat Ulema-e-Islam Fazl (JUI-F) in Khyber Pakhtunkhwa, while in Punjab people are being asked to join the PML-N. “They have not learnt anything from the past. Political engineering has ruined the country,” he lamented.

The former premier, during the interview, also claimed that he had never thought about extending the tenure of former army chief General (retd) Qamar Javed Bajwa and the latter had approached him through army officers for the extension. He said his party’s senior leaders and two army officers convinced him to grant extension to the ex-army chief. “They all convinced me for extension but the final convincing argument presented by one army officer was that Gen Bajwa was saying that politics will start [against Bajwa] and he will face difficulties if not granted extension,” he remarked. Imran said he told the “six witnesses” that giving extension to then army chief was against his “instinct”.