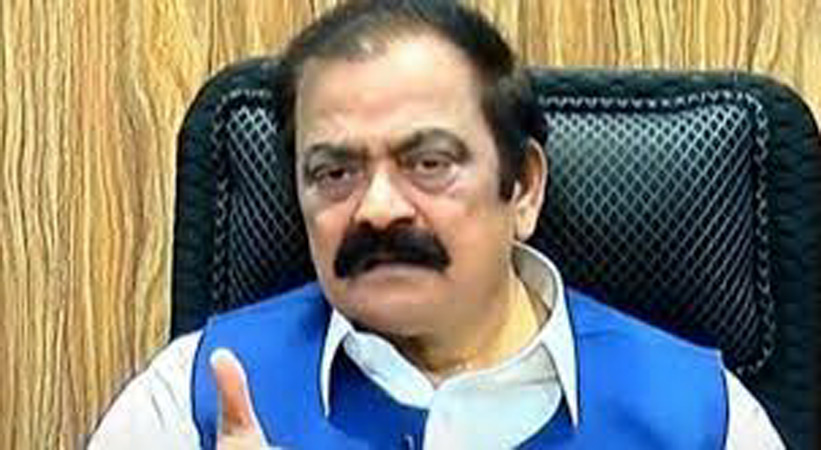 Federal Minister for Interior Rana Sanaullah said on Saturday that he fears violence in Karachi and Hyderabad LG polls. The interior minister said conflict among political parties is worrisome as two parties are in favour of holding LG polls and two are against it. There are chances of clash between political parties on the issue of LG polls and the terrorist can benefit from this situation, he feared. Without mentioning much detail about the nature of the conflict, he added that a small incident could turn into something more serious in either city. Sana urged political parties and electoral bodies to understand the severity of the situation and emphasised the need to “diffuse the tense atmosphere”.

He furthered that the Election Commission of Pakistan (ECP) and the judiciary should take note of the seriousness of the matter and find an appropriate solution in light of the Constitution and the law. Commenting on the possible dissolution of the Khyber-Pakhtunkhwa (K-P) Assembly, the home minister claimed that the safety of people’s lives and property, and peace and order in the province were not the priority of the provincial chief minister. He said that the KP CM’s energies were focused on dissolving the provincial assembly. Sana added that recent incidents reflected that the K-P government did not learn any lesson from the terrorist attack on the Banu Counter Terrorism Department (CTD) headquarters.

He stated that the federal government was deeply concerned about the constantly deteriorating law and order situation in K-P. He questioned that if the K-P police were not safe from terrorist attacks, then what would happen to the security of the people? The minister condemned the terrorist attack on the Sarband Police Station in Peshawar and expressed his condolences to the families of the martyrs.