* The video started with Salman saying, 'It's been 16 years since Bigg Boss started' 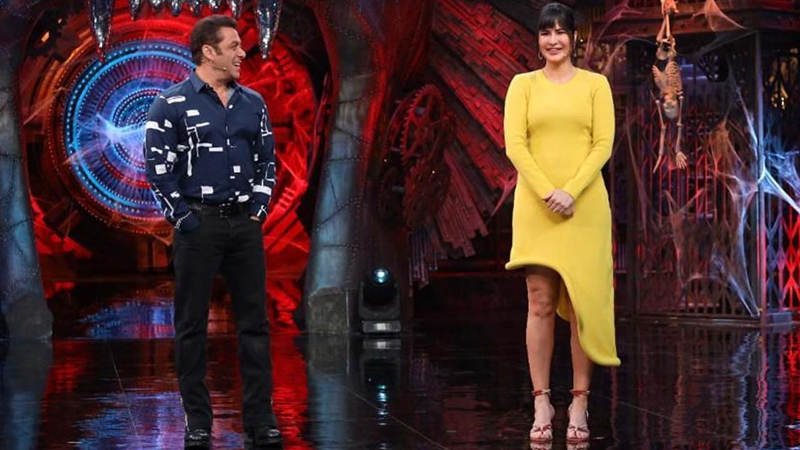 Actor Salman Khan has said that he wants to take his ‘friends’ and actors Sanjay Dutt, Shah Rukh Khan and Katrina Kaif inside the Bigg Boss house.

In a new promo clip shared by ColorsTV on Instagram on Saturday, veteran actor Simi Garewal featured as a host interviewing Salman Khan. However, the set was similar to the one in which Simi hosted her show Rendezvous with Simi Garewal

The video started with Salman saying, “It’s been 16 years since Bigg Boss started. As a host, I joined the journey 13 years ago. So far, only I have asked all the questions. But today someone else will ask me questions.” Salman joined Bigg Boss in October 2010.

Simi then called Salman ‘the best TV show host in the world’. Smiling, a shy Salman said, “Thank you.” Simi continued, “I have seen all the shows in the world. But no one can do it like you, Salman.” He replied, “Thank you. Bohut bohut shukriya (Thanks a lot).”

When Simi said that a lot can be learnt from Bigg Boss and asked what did Salman learn, the actor responded, “Maine patience sikha hai (I’ve learnt patience).” Next, Salman said that he is confused in his life, making Simi laugh.

The video ended with Simi and Salman sharing a hug. The video was shared with the caption, “Simi Garewal ke saath ki Salman ne kuch guftagoo (Salman shared some conversations with Simi Garewal).”

Salman will be seen in Kisi Ka Bhai Kisi Ki Jaan, directed by Farhad Samji. The film also features Pooja Hegde and Venkatesh Daggubati in the lead roles. Shehnaaz Gill, Palak Tiwari and Vijender Singh are also a part of the film. The film is slated to hit the theatres on the occasion of Eid 2023.

Recently, he also announced the new release date of his next action thriller, Tiger 3. The film which also stars Katrina Kaif will release on the occasion of Diwali 2023.