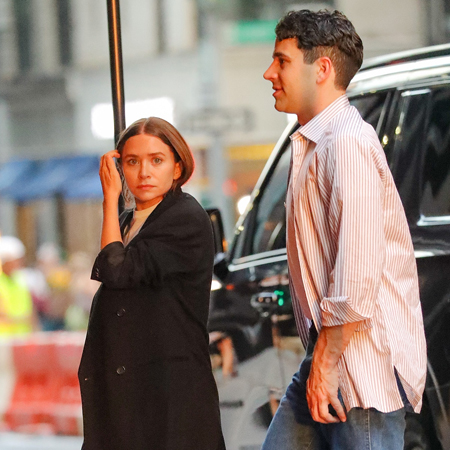 It takes two to tie the knot! Ashley Olsen and Louis Eisner have said “I do.” The Row designer and L.A.-based artist are officially husband and wife after getting married in a private ceremony on Dec. 28, multiple outlets confirm.

Per Page Six, who was first to report the nuptials, the pair were joined by loved ones at a Bel-Air home for the special day.

Ashley, 36, and Louis, 33-who have been notoriously private about their romance-were first romantically linked in 2017, when they were spotted out together on a few occasions.

Then, in 2018, they were seen taking a PDA-packed stroll around Bel Air. At the time, a source told E! News, they “seemed very comfortable with each other. [Eisner] had his arm around her and they were talking the whole time.”

The next year, romance rumours turned to engagement rumours when Ashley was spotted out to dinner with Louis in Los Angeles with a ring on that finger. But despite all the hustle and bustle surrounding the sighting, the pair never addressed the speculation.

As time went on, the lovebirds continued to keep their relationship under wraps. They didn’t make their red carpet debut until 2021, at the YES 20th Anniversary Celebration at The Maybourne Beverly Hills, marking Ashley’s first red carpet appearance in over two years.

In a July 2021 interview with i-D, Ashley and her sister Mary-Kate Olsen gave insight on why they choose to lead such private lives. Mary-Kate explained that she and her sister are simply “discreet people” and that is how they “were raised.”

Though they choose to stay mostly out of the spotlight these days, one thing’s for sure: This Full House just gained one more family member.