Lisa Marie Presley passes away at 54

* 'It is with a heavy heart that I must share the devastating news that my beautiful daughter Lisa Marie has left us,' her mom Priscilla Presley confirmed in a statement to People 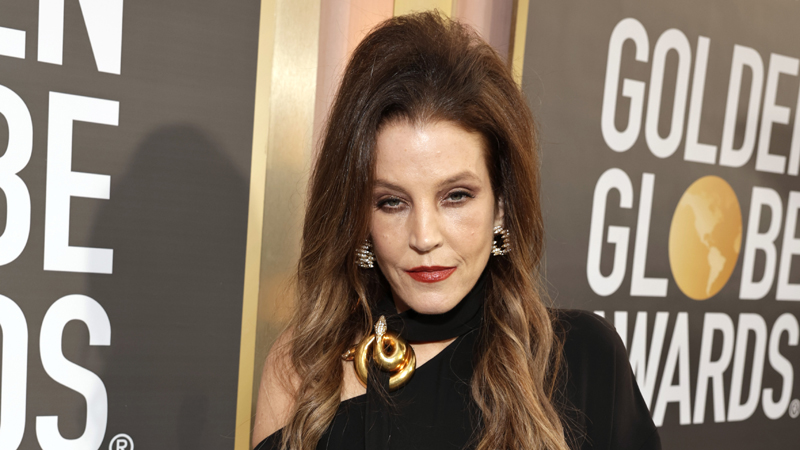 Lisa Marie Presley, the only child of Elvis Presley, has died. She was 54. “It is with a heavy heart that I must share the devastating news that my beautiful daughter Lisa Marie has left us,” her mom Priscilla Presley confirmed in a statement to People Jan. 12. “She was the most passionate strong and loving woman I have ever known. We ask for privacy as we try to deal with this profound loss. Thank you for the love and prayers. At this time there will be no further comment.”

According to TMZ, Lisa Marie was rushed to the hospital Jan. 12 after EMTs responded to her Calabasas, Calif., home for a possible cardiac arrest.

“She is now receiving the best care,” Priscilla wrote on Facebook shortly after the news broke. “Please keep her and our family in your prayers. We feel the prayers from around the world, and ask for privacy during this time.”

Just days prior, the singer attended the 2023 Golden Globes alongside her mom, Priscilla, to see Austin Butler take home an award for his portrayal of her father in the biopic Elvis.

Born in Tennessee in February 1968, Lisa Marie grew up surrounded by music at her family’s home known today as Graceland.

And although Elvis died at the house in 1977 at the age of 42, Lisa Marie, who was nine at the time, still has fond memories of the special space.

“It’s got an extraordinary energy there when you go,” she told USA Today in September 2013. “It’s like a time capsule: nothing’s been changed or moved since 1977. It’s like a time warp and the energy is still very much there. You can feel it.”

With an early childhood filled with concerts and songs filling her childhood home, Lisa Marie later decided to pursue her own musical career.

However, it wasn’t until April 2003 that she released her debut album To Whom It May Concern, which peaked at the fifth spot on the Billboard 200 charts.

To mark the 30th anniversary of Elvis’ death in August 2007, she also recorded a duet with her late father for his song “In the Ghetto,” with a video featuring the father-daughter duo together in a digitally controlled frame.

In regards to her personal life, Lisa Marie made headlines for her relationships, including a public marriage with Michael Jackson from 1994 to 1996.

“I fell into this whole, ‘You poor, sweet, misunderstood man, I’m going to save you.’ I fell in love with him.”

She also had a romantic relationship with Nicholas Cage from 2002 to 2004. After less than four months of marriage, Nicholas filed for divorce.

“I’m sad about this, but we shouldn’t have been married in the first place,” Lisa Marie said in a statement after the divorce. “It was a big mistake.”

In 1989, she became a mom with the birth of her daughter Riley Keough with ex-husband Danny Keough. They welcomed son Benjamin Keough in 1992. She also has 14-year-old twins Harper and Finley with ex-husband Michael Lockwood.

After Benjamin died by suicide in July 2020 at age 27, Lisa Marie opened up about her determination to move forward and remain the best mom possible.

“It’s a real choice to keep going, one that I have to make every single day and one that is constantly challenging to say the least,” she wrote in a 2022 essay for People in honour of National Grief Awareness Day. “But I keep going for my girls.”

That love was felt from Riley, who spoke about her mom’s thoughtfulness during a December 2022 interview.

“I was raised by somebody who did their own thing and didn’t really care what other people thought,” the actress told People. “She was definitely inspirational to me.”