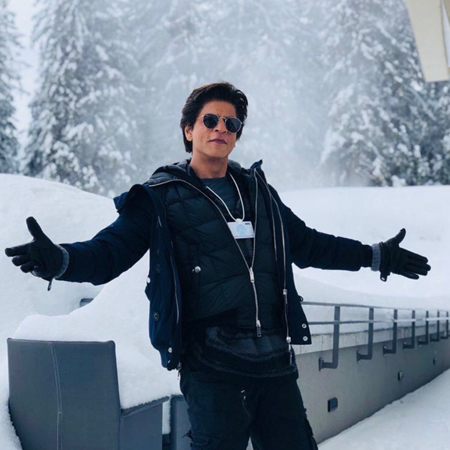 Being a brand ambassador for a vehicle brand, Khan was spotted looking suave at the Auto Expo 2023 in Greater Noida. The superstar exchanged hugs to greet several visitors and also posed for pictures with fans.

Moreover, the superstar charmed the fans as he sang the romantic song ‘Tujhe Dekh Tou Ye Jaana’ from one of his most iconic movies ‘Dilwale Dulhania Le Jayenge’. After singing a line, he can be heard saying, “I think it’s extremely romantic.”

If that was not enough to leave the audience swooning, Khan extended his hands to strike his signature pose.

Meanwhile, on the work front, Shahrukh Khan is currently awaiting the release of his hotly-anticipated comeback film ‘Pathaan’. The high-octane action flick will mark the full-fledged Bollywood comeback of King Khan after four years’ hiatus. After ‘Pathaan’, Khan has an interesting lineup of films for this year including two full-length outings in ‘Jawan’ and ‘Dunki’, as well as an extended cameo in ‘Tiger 3’.