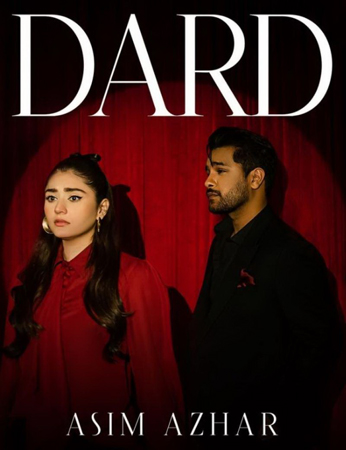 Pakistan’s heartthrob singer Asim Azhar and A-list actor Dur-e-Fishan Saleem came together for the music video of ‘Dard’. Asim Azhar is back with yet another heartbreak song of the season called ‘Dard’. He dropped the official music video of the single featuring himself with the ever-so-gorgeous Dur-e-Fishan Saleem on Thursday. “DARD IS OUT ITS YOURS.” the singer announced on his official handle on the photo and video sharing application. The ‘Kaisi Teri Khudgarzi’ star also shared the excitement of her first-ever MV with her Insta fam by sharing a short snippet of what she called, “The heartbreak song of all heartbreak songs.” The song became an instant hit among the fans and the official MV crossed over 100k views on the video-sharing platform, YouTube. About ‘Dard’, Azhar lent his soulful vocals to the song and also composed the music with Kumail Abbas, Hassan Ali, and Qasim Azhar. He is reunited with ‘Jo Tu Na Mila’ writer Kunaal Vermaa for the painful lyrics ‘Dard mera tu hai.. dil tujhe chahta kyun hai’. Yasir Jaswal has directed the visual masterpiece starring Azhar and Saleem with Munib Nawaz and others.