Sattar and Kamal back to MQM fold 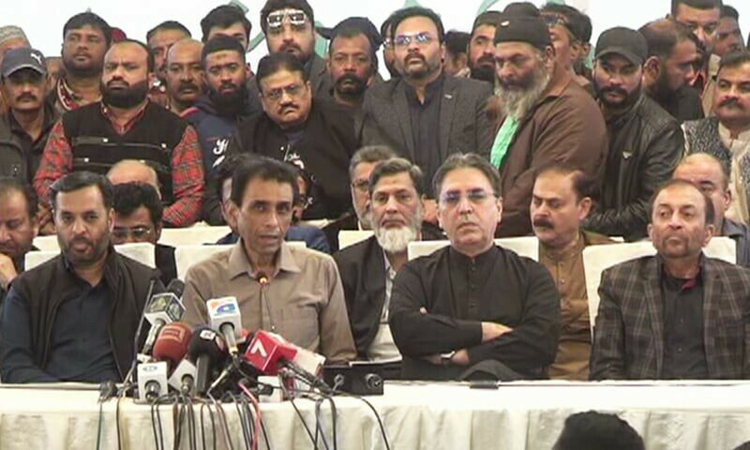 In a much-hyped merger, Mustafa Kamal and Dr Farooq Sattar – who had formed their separate factions – Thursday joined the Mutahida Qaumi Movement-Pakistan (MQM-P), a private TV channel reported. Kamal had established the Pak Sarzameen Party in 2016 and Sattar formed the MQM-P Bahali Committee in 2018 after developing differences with the party. In a press conference flanked by the top brass of the party, MQM-P Convener Khalid Maqbool Siddiqui said the “graveness” of the situation in Sindh’s urban areas requires all people to join hands. “It is important that under the circumstances, the people, whose families laid down their lives for Pakistan’s formations, should come together for a historic struggle,” the MQM-P leader said. In response to a question from a journalist, the MQM-P convener said that the party would not allow the staging of the upcoming local body polls – a move that will invite criticism from opposing parties.

“If they redo the delimitation again, we are ready to participate in the local body polls. If it is not fixed, then we will fight for our rights,” Siddiqui warned.

For his part, Kamal said this day will be remembered in history as an “important day” as certain decisions would be taken today that are “unthinkable”. “If we [the MQM-P leaders] talk about ourselves, then we have taken such unthinkable decisions in the past as well, which were beyond people’s comprehension,” he said, recalling that when he left MQM founder Altaf Hussain on August 14, 2013, he was a senator and the member of the Rabta committee. He clarified that he had no personal differences with Hussain and that the decision to leave the party was completely based on political differences.

Taking over the presser, Sattar said the leaders have kept their differences aside to establish a “unified and organised” MQM-P, which will work for the Muhajir cause. Lamenting about the ongoing situation in Pakistan, the MQM-P Bahali Committee head said: “All political parties in the country are at each other’s throats.” “If MQM-P is given the opportunity, we can generate $10 billion through our own resources,” Sattar said as he slammed the coalition government for the Geneva climate moot, where the country secured pledges of over $10 billion. Sattar, when talking about the local government elections, echoed Siddiqui and said that the party would not allow the staging of polls and if they do take place, it would protest on the city’s main artery, Sharea Faisal.