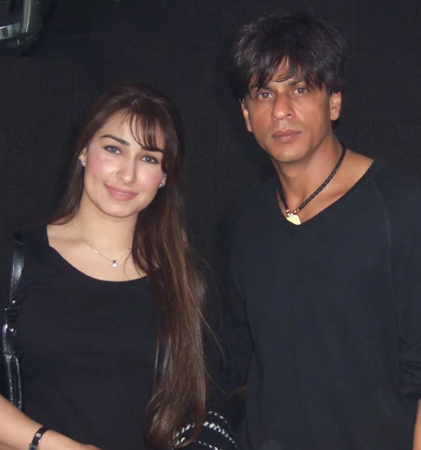 Filmstar Reema Khan dug up the archives and shared some unseen throwback pictures with superstar Humayun Saeed, and Bollywood A-listers Shahrukh Khan and Preity Zinta, in order to extend her good wishes to King Khan for his anticipated comeback movie ‘Pathaan’.

Khan turned to her Instagram handle and shared a few rehearsal pictures and clips of the final performance when actors from both cinemas came together to share the stage of the Zee Cine Awards in 2005.

“A wonderfull memories of zee cine awards 2006,” the actor reminisced in her caption of the four-picture gallery.

She added, “With @realpz and @iamsrk Khan who is a matchless, distinguished and a shinning star of the filmdom. Who has reached sky high pinnacle.”

“I wish him good luck for his new upcoming venture “Pathan” the celebrity concluded.

Moreover, she shared multiple clips of their performance on Bollywood songs from ‘Veer Zaara’ and ‘Kal Ho Naa Ho’ on her Instagram stories. The posts were reshared by several entertainment outlets and went viral on social media.

Speaking of ‘Pathaan’, the power-packed trailer of the action extravaganza was released on Tuesday and became an instant hit among fans.

‘Pathaan’ is slated to release simultaneously in Hindi, Tamil, and Telugu versions on January 25.

The spy action flick has been directed by Siddharth Anand who has also written the screenplay with Shridhar Raghavan, whereas, the patriotism-filled dialogues are penned by Abbas Tyrewala.