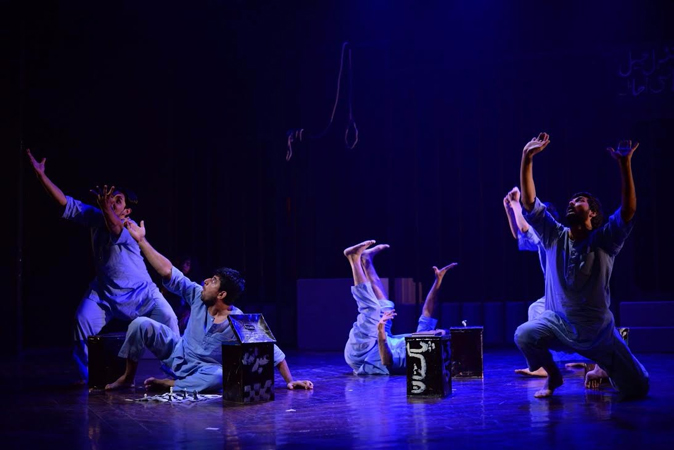 Ajoka will showcase new writing and acting talent at an event to be held today (Thursday) at 6:30pm in Alhamra Hall 3.

The event will start with dramatic readings of three new scripts written by students of 17th batch Ajoka Institute Art of Writing course. The courses are mentored by eminent playwright and Executive Director of Ajoka Theatre Shahid Nadeem. The scripts include “Mind-blowing”, written by Sanawar Iqbal, a story about a psychologist with a strange approach towards mental illness.

The second script will be Danish Ali Khan’s “Toon Aho Aho Aakh, about a visiting noble British Pakistani who is painted as a devil by the vested interest. The last script will be “Athri Queen” by Ayesha Javed, which is about a wild female stage artist, who knows how to handle lustful audience.

The dramatic readings will be presented by the writers themselves supported by Ajoka’s acting students.

The final segment of the event will be performances of Ajoka’s short plays “Dhee Raani” and “Sharam Di Gal”, by the students of Ajoka Institute’s Art of Acting course. The plays written by Shahid Nadeem are directed by Ajoka Institute director Nirvaan Nadeem.

The event is being held in collaboration with Lahore Arts Council. Ajoka chairperson Zara Salman said in a statement that Ajoka is the only performing arts institution introducing new talent on a regular basis and serving the growing performing arts industry.