Behroz Sabzwari should be questioned about what he said: Momal Sheikh 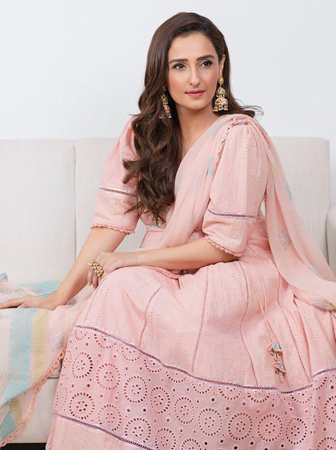 Veteran actor Javed Sheikh s daughter Momal Sheikh has said that her uncle Behroz Sabzwari’s talk about women s clothing should also be questioned from him.

Behroz Sabzwari while talking about women s clothing in a podcast show in December 2022 had said that Pakistani men have radars and they also stare at women going in burqas from far away.

Talking further on the same issue he said that not everyone in Pakistan had a car so there were many motorcycles and there was nothing wrong in it.

However, at the same time he had said that women sitting behind motorcycles do not sit properly which is wrong.

He had said that some women wear clothes that are not appropriate because those are very tight.