Which star Shaan Shahid considers worthy of his biopic? 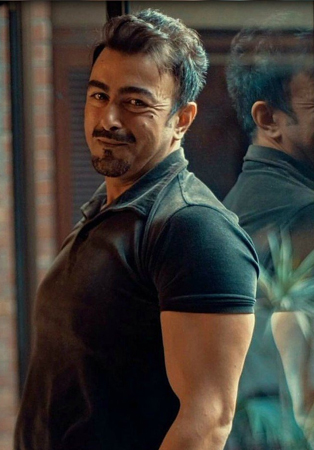 Pakistani actor Shaan appeared in a chat show while promoting his film “Zarrar” and answered many questions about his career, wishes and views.

On being asked by the host that if a biopic gets made on him, which young actor would he want to essay him in the film? The veteran artist was given four options.

The “Majajan” hero wasn’t too excited about these younger actors playing him in his biopic. He in fact hinted that it should be Shaan himself who should feature in a film based on him.

Shaan stated, “I think if they would have cast Sanjay Dutt in Sanju, it would have been better. I personally feel that a biopic should be made on an actor when he passes away.”

He added, “Jesa bhi kaam kartay hain, they are all good actors, and they’ll approach the character according to their own set of skills.” Shahid concluded by saying, “It’s a difficult question and I haven’t yet given it a thought.”