‘Plane’ — a plain thriller with a crash landing 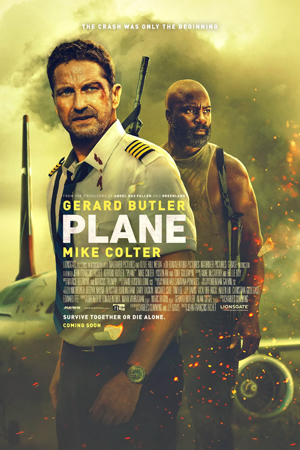 Gerard Butler’s career as an action hero continues. Since his iconic Spartan role in 300, his filmography has seen the highs of Olympus Has Fallen and Copshop and the lows of Geostorm and Last Seen Alive. However, January 2023 has kicked off with a new action thriller from the Scottish actor: Plane. He teams with director Jean-François Richet in a film that never entirely takes off from its grounded premise, offering a dull, generic cinematic experience you will not remember an hour after offboarding.

The opening act moves the pieces into place for everything you would expect from a film with this premise. Brodie Torrance is a pilot flying a plane of passengers to Tokyo on New Year’s Eve. One of the passengers is Louis Gaspare, a convicted murderer being extradited to Tokyo. The screenplay establishes a bit of characterisation about Brodie’s co-pilot and the passengers on the plane while also revealing Brodie’s wife died years prior, and he is going home to see his daughter. The familial stakes are typical for an action film, and unfortunately for Plane, the screenplay never takes these stakes to high altitude after getting you on board.

After sustaining critical damage in a lightning storm, the plane makes an emergency landing in Jolo, a remote island in the Philippines. From there, the movie becomes a bargain bin rendition of Die Hard on an island. An anti-government militia takes the passengers hostage for ransom and Brodie must team up with Louis to save them. While the idea of a group of people stranded on an island filled with bad guys has been done before, movies like The Menu show how this simple idea can take on new forms. 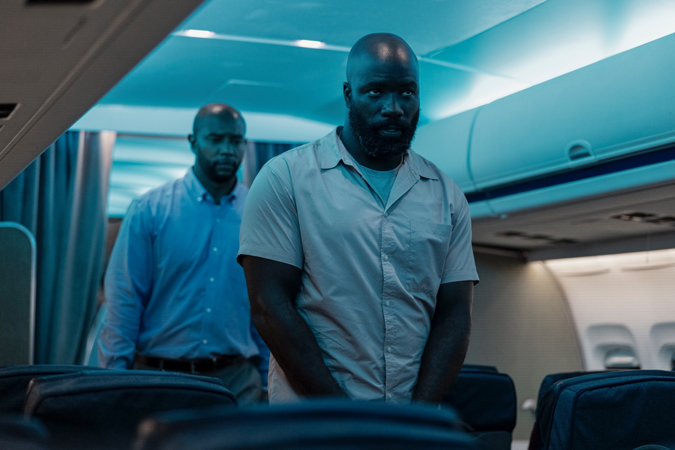 However, Plane offers nothing new, giving you a disposable VOD-worthy script that fails to impress. The film provides a few moments of tension and craftsmanship, such as the first fight scene of the movie between Brodie and a mercenary. The fight is filmed all in one handheld take, and the lack of flashy choreography makes the combat feel gritty and grounded in reality. However, the rest of the movie never takes it up a notch, giving you bland action sequences and kills that lack creativity or brutality. Violent Night was made with less than half of the budget of Plane, and that film offered bloodier, more entertaining kills and fights than anything this movie had.

Furthermore, the film’s pacing hinders its characterization. Much of the movie is set in real-time, meaning that the conflicts are created and solved almost immediately. As a result, the film never utilizes the chemistry between Brodie and Louis. A pilot teaming up with a prisoner is a relationship that could have been filled with tension, but the movie never draws any conflict or friendship between them. Throughout the film, they feel like co-workers rather than two opposing forces who need each other to survive. Their relationship is boring, and the fact that they are both one-dimensional characters on their own makes this issue even worse.

Not only are the heroes uninteresting, but the villains are as well. Unfortunately, this movie does not offer compelling, memorable antagonists with an understandable goal; instead, we have a conveyor belt of evil people doing evil things and none stand out above the rest. When you have a lifeless set of heroes and villains, the big finale ends up being as exciting as a group of miniature plastic action figures pointing guns at each other. In addition, the film never does anything interesting with Louis, the prisoner who decides to help the passengers. Rather than explore his morality, question his choices, and delve into his complex backstory, the movie reduces him to a “guy with a gun.” As a result, Plane is a by-the-numbers thriller that, much like the aircraft, has a strong takeoff and a disastrous crash landing.