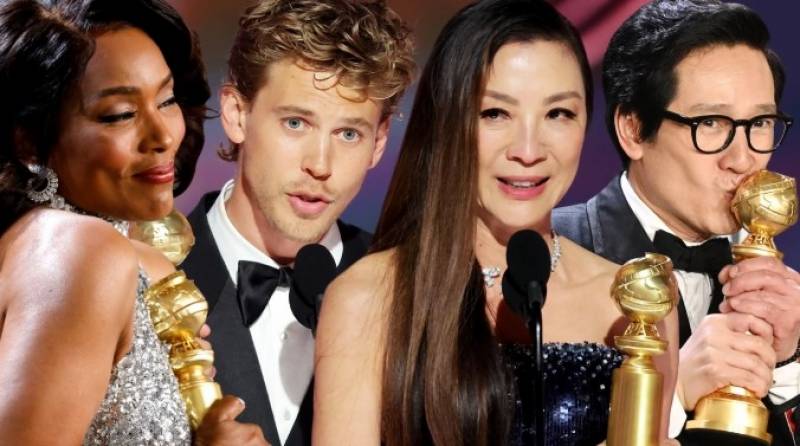 He beat out a field of Hollywood royalty for the honor: James Cameron for “Avatar: The Way of Water,” Baz Luhrmann for “Elvis,” Martin McDonagh for comedy “The Banshees of Inisherin” and Daniel Kwan and Daniel Scheinert for quirky “Everything Everywhere All at Once.”

Cate Blanchett won the Golden Globe for best actress in a drama on Tuesday for her role in the classical music psychodrama “Tar.”

She bested awards perennial Olivia Colman (“Empire of Light”) as well as Viola Davis for “The Woman King,” Ana de Armas as Marilyn Monroe in “Blonde” and Michelle Williams for her role in Steven Spielberg’s “The Fabelmans.”

Austin Butler on Tuesday won the Golden Globe for best actor in a drama for his powerful performance as Elvis Presley in Baz Luhrmann’s biopic of the singer.

He beat out Brendan Fraser for “The Whale,” Hugh Jackman for “The Son,” Bill Nighy for his role in “Living” and Jeremy Pope for “The Inspection.”

Colin Farrell on Tuesday won the Golden Globe for best actor in a musical or comedy film for “The Banshees of Inisherin,” the tale of a shattered friendship on a remote Irish island set a century ago.

Michelle Yeoh on Tuesday won the Golden Globe for best actress in a musical or comedy film for “Everything Everywhere All At Once,” a hit sci-fi flick about surreal parallel universes.