Kaifi Khalil denies being injured at Karachi Eat; but what actually happened?

* According to a number of social media users, the Beach View Park in Clifton, the venue for the family event was breached by miscreant stags 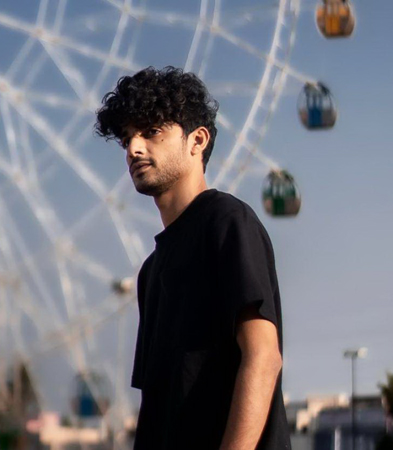 Singing sensation Kaifi Khalil refuted the rumours of being injured at Monday’s event; but what actually went wrong with the 10th anniversary of the premium festival ‘Karachi Eat’ to end on a distressing note?

One of the most anticipated and biggest ever festivals of Pakistan, or more specifically Karachi ended the three-day run for this year last night, however, in a rather upsetting turn of events. According to a number of social media users, the Beach View Park in Clifton, the venue for the supposed ‘family’ event was breached by miscreant stags who not only gatecrashed and entered the premises without the tickets but also harassed and assaulted the families, particularly the female audience around the concert area and even attacked the performers. A panic broke out at the venue as the visitors tried to escape from the situation resulting in an almost stampede in the constricted space.

The widely-circulated videos of the unruly crowd on social media and the harrowing accounts of harassment shared by the attendees on social media platforms are petrifying.

In the protest, several scheduled performances were stopped midway, while the other artists refused to take the stage, eventually calling it an abrupt end to the event.

There were also reports that the ‘Kahani Suno’ crooner who was on the stage when the incident took place, got injured after being hit by a miscreant, but he refuted the rumours and clarified that he is ‘totally fine’. However, Kaifi Khalil condemned the incident and called out the ‘entitled’ harassers for ruining the event for female visitors.

Reacting to the fiasco, the organisers of Karachi Eat stated, “The idea of reclaiming our public spaces is what this event was about. This is why we started this.”

“If we are now forced to do events in barren lands because we do not have the self-discipline or the responsibility to conduct ourselves in a manner that allows everyone to enjoy without feeling harassed then that is a sad statement on what we are as a society,” the statement read further.

To say the least, given the already poor state of affairs of the country, it is distressing to see such a fate of the events trying to be a breath of fresh air for Karachiites.