* Meanwhile, Syra shared that it was their daughter Nooreh, who enables them to maintain such an equation, being their priority through it all 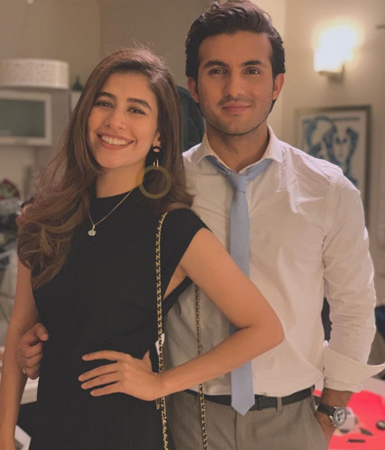 Actors Syra Yousuf and Shahroz Sabzwari appeared in an interview together for first time after parting ways in 2020 for promotions of their upcoming film “Babylicious” and the pair opens up about what has helped them maintain a good equation after all that the two actors have gone through on the personal front, during the past six years.

In a candid conversation, Shahroz and his ex-wife Syra Yousuf discussed how they have been able to maintain a cordial relationship despite their separation in 2020 and the events of the past five years. Shahroz mentioned that the two had collaborated on a film project even after their separation, shooting several scenes together last year.

Meanwhile, Syra shared that it was their daughter Nooreh, who enables them to maintain such an equation, being their priority through it all. “What helps us maintain a good equation is that we’re parents to a child, and that has helped us maintain the equation in a healthy manner.” She further shared that once you have prioritised somebody in a situation, especially when it’s a child, you tend to realise that your own problems are much smaller in comparison, and you tend to focus on that person then and make sure that you are good to each other.

The two also talked about their equation with director Omar Essa and how the film was a debut project for most of the team members and therefore involved the hard efforts of the entire team. Sabzwari also shared his take on post-Covid storytelling having changed and the pace being quick, in light of which they think it has been the perfect time to release the film!

In a recent Instagram post, the two can be seen having a light banter about what the film is about. Syra says their upcoming movie is a date movie whereas Shahroz says it is a breakup movie and a sad one. In the video, they also urge their fans to come to cinemas in February to watch the film with their friends and families.