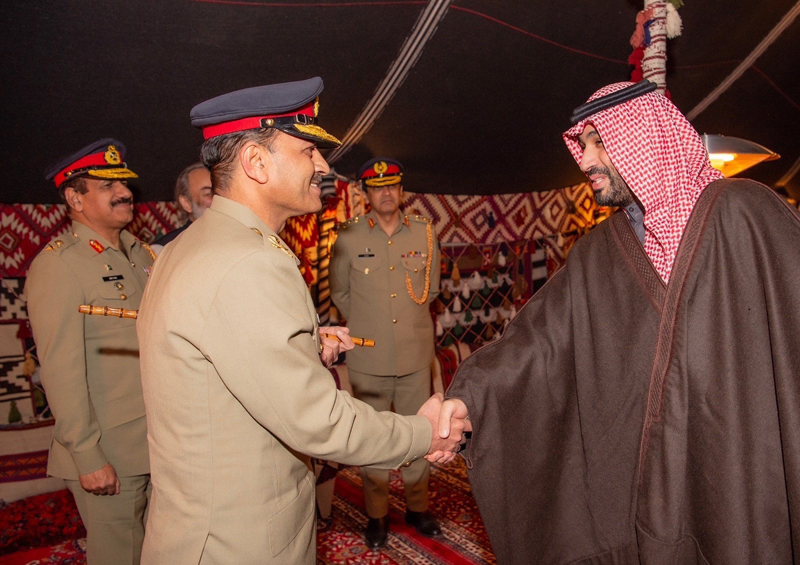 According to the Saudi Press Agency, the two leaders also discussed ways to enhance relations between Saudi Arabia and Pakistan in addition to a number of issues of common concern.

The press agency also stated that the reception was attended by Prince Khalid bin Salman bin Abdulaziz, minister of defense, and Dr Musaed bin Mohammed Al-Aiban, minister of state, member of the cabinet and the national security adviser.

Moreover, Pakistan’s Ambassador to the Kingdom of Saudi Arabia Ameer Khurram and a number of Pakistani officials also attended the reception.

The army chief embarked on his first trip to Saudi Arabia last week. The visit comes at a crucial juncture when Pakistan is facing yet another balance of payment crisis.

The country’s foreign reserves have come down to $4.5 billion, barely enough to cover one month of import bill. With the IMF programme hanging in the balance, Pakistan is hoping to secure another financial assistance package from Saudi Arabia and the UAE to avoid a default.

Observers believe that the army chief’s visit will play a crucial role and may pave the way for much-needed financial assistance.