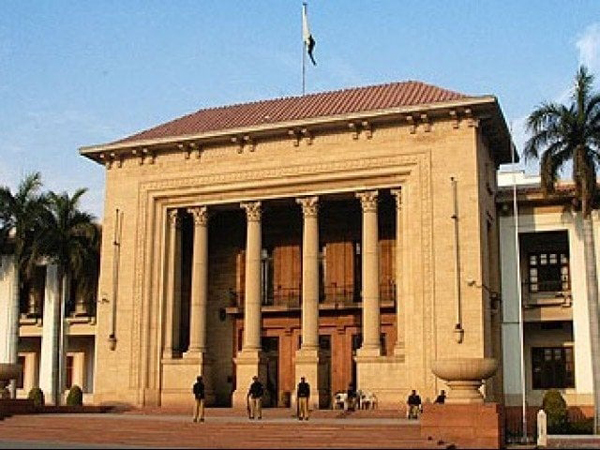 The Punjab Assembly (PA) session witnessed pandemonium on Monday as the opposition challenged Chief Minister Parvez Elahi to prove he had the requisite numbers to secure a vote of confidence, a private TV channel reported.

PA Speaker Sibtain Khan chaired the session which was also attended by Interior Minister Rana Sanaullah, PTI Secretary General Asad Umar and PML-N leader Attaullah Tarar. Pandemonium broke out as the treasury benches chanted slogans against the interior minister while the opposition tore up copies of the agenda. At one point, opposition lawmakers also surrounded the speaker’s dais.

Speaking in the assembly amid the ruckus, PML-N lawmaker Rana Mashhood termed the proceedings to be unconstitutional, saying that members of the Punjab cabinet were not present and the session was in contravention of the directives issued by the court. He claimed that the government was in minority in the House and January 11 was the date of its departure. “Show us that your numbers are complete. It is our challenge.”

Responding to the MPA, the PA speaker questioned how the session could be called “unconstitutional” when the matter was still being debated in court. He said CM Elahi would seek a vote of confidence when the time came. Meanwhile, 22 bills were presented during the session, of which 21 were passed. Speaking to the media after the session, the interior minister said that if the government claimed to possess a majority in the PA, then showing it possessed the requisite numbers was a simple matter. “On one hand, Imran Khan is insisting on seeking the confidence vote before January 11 and on the other, Elahi is resisting.”

Sanaullah claimed that the government did not have the support of 186 lawmakers, claiming that the number was probably close to 174. He further said that the opposition had 179 members, all of whom were present. The interior minister said it was possible the opposition’s composition could increase to 180 lawmakers with the return of a dissident lawmaker. He asserted that Elahi was no longer the chief minister and demanded the chief minister resign.