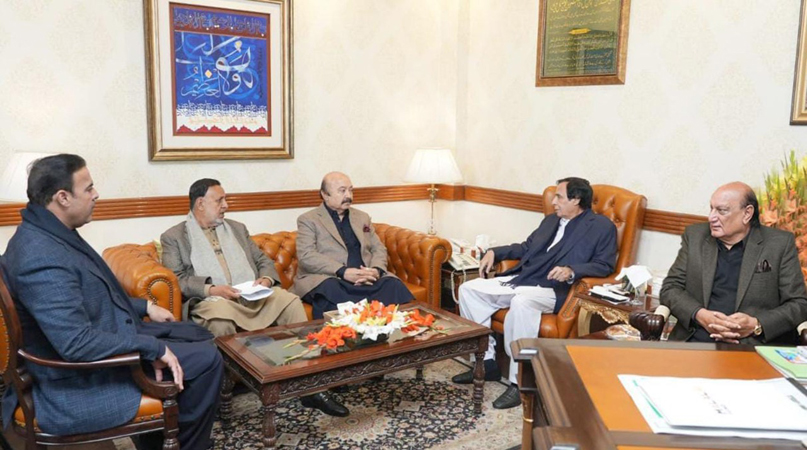 The participants reiterated their firm resolve to vigorously counter every unconstitutional tactic of the opposition.

The CM noted that the opposition was daydreaming of clinching power in Punjab. “Lost in dreams, the opposition does not have enough numbers,” he added.

“The PML-N has faced defeat in Punjab before and it will not find a place to hide in the future,” the CM said.

The PML-N has turned into a hub of fake-news bonanza; he asserted and added that we are one and will remain one. No one should be under any illusion, we are with Imran Khan. Those who create misconceptions would fail as before; he asserted and termed the claims of PML-N as castles in the air. Besides, 220 million hapless people are suffering the penalty of the incompetence of the federal government, he concluded.

Meanwhile, Pervaiz Elahi said effective measures have been taken to ensure prompt supply of subsidised flour in the province.

In a statement, Pervaiz Elahi noted that the flour sale points have been increased along with enhancing the daily flour quota of flour mills to 26 metric tons.

“Flour is available throughout the province due to the timely government measures,” he maintained.

The CM added that directions have been issued to the food department and administrative officers to ensure the supply and availability of flour. Strict checking has been ensured at exit points of the province to stop the smuggling of wheat and flour; he further said, and made it clear that indiscriminate action will be taken against those involved in the smuggling of wheat and flour. The government was taking every measure to provide relief to the poor and there is ample stock of wheat to meet the needs of the people, he concluded.