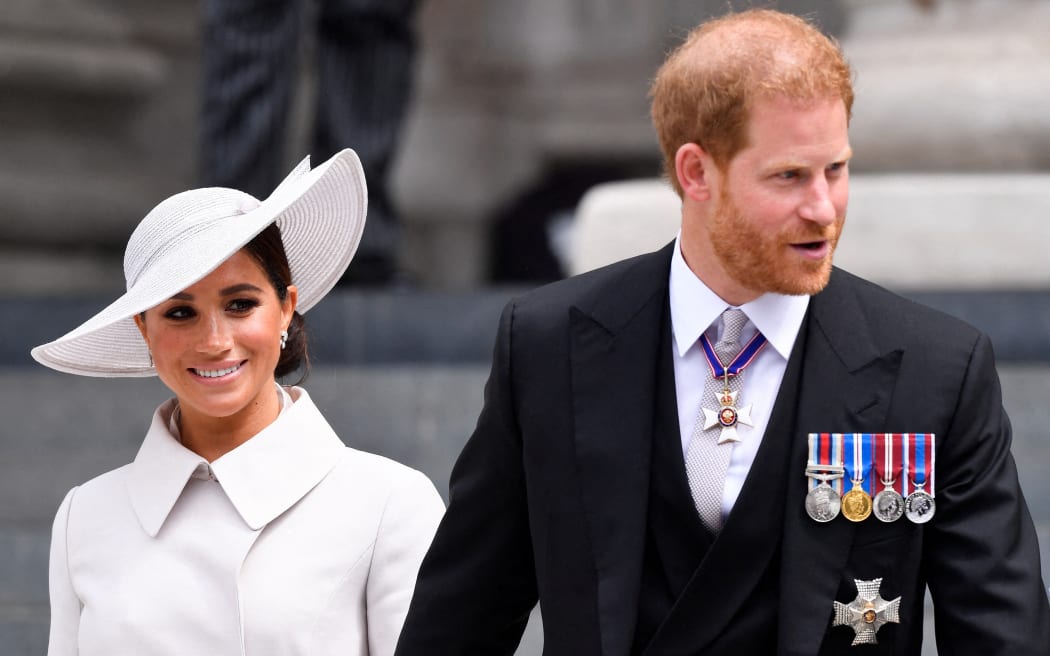 Prince Harry said Sunday that he decided to publish his memoirs to defend himself against years of tabloid spin, as his first interviews on the book’s explosive revelations aired on British and American television.

“It’s been 38 years. It felt like a good time to own my story and be able to tell it for myself after 38 years of having it told by so many different people with intentional spin and distortion,” he told the British television network ITV.

The Duke of Sussex’s ghost-written book “Spare” is set to be released on Tuesday, but its contents were widely leaked after it was mistakenly released early in Spain.

The book’s revelations have cast doubt on Harry’s place in the royal family.

The book includes a claim that his brother Prince William, the heir to the throne, physically attacked him as they rowed about his wife Meghan.

It also gives an account of how he lost his virginity; an admission of drug use; and a claim he killed 25 people while serving in Afghanistan with the British military.

In the interview, Harry focused anger on the British media, which he called “the antagonist”.

He accused royals of being “complicit” in planting hostile stories in newspapers after Meghan said the coverage made her feel suicidal.

“Certainly millions of words have been dedicated to trying to trash my wife and me,” Harry said.

“At that time I didn’t fully understand how much – or how complicit the family was in that pain and suffering that was happening to my wife.”

British media reported Sunday that the book had hurt William and the boys’ father, King Charles III, but the monarch wanted to reconcile with his son. The palace has not issued any official reaction.

The ITV programme “Harry: The Interview” featured the prince reading extracts from the audiobook of his memoirs.

In one, he tells movingly of how his father broke the news to him of the 1997 death of his mother, Princess Diana, calling him “darling boy”.

Harry said he only “cried once” after Diana died, and he felt guilty at being unable to express grief while greeting crowds of mourners whose hands were wet with tears.

He also talked about later going to see the route Diana’s car took before the crash, asking a driver to take him through the road tunnel in Paris at the same speed.

“I’ve been asked if I want to open up another inquiry,” Harry said of Diana’s death. “I don’t really see the point at this stage.”

But he admitted he still had lingering questions.

The book focuses on his combative relationship with William, saying his elder brother physically attacked him as they argued over Meghan.

“I saw this red mist in him,” Harry told ITV. “I want reconciliation, but first there has to be accountability.”

The prince said his budding relationship with Meghan triggered a falling-out with William and his wife Kate.

He denied reports the couples initially got on well, saying the newspapers’ nickname of “the Fab Four” for them “was something that the British press created”.

“(V)ery quickly it became Meghan versus Kate (in the media). And that, when it plays out so publicly, you can’t hide from that.”

William “never tried to dissuade me from marrying Meghan, but he aired some concerns”, Harry added.

In a separate interview aired on CBS in America on Sunday evening, Harry said he was “probably bigoted” before he met Meghan, who is mixed-race.

The prince also criticized Charles’s second wife and now queen consort in the book, branding her as “the villain” and “dangerous”.

He wrote that after Diana’s death, Camilla “began playing the long game: a campaign aimed at marriage and eventually the crown”.

Details appeared in media of private conversations that “could only have been leaked” by Camilla, Harry alleged.

“I don’t think my father or brother will read the book. I really hope they do,” he said.

Harry said in the CBS interview that he and William were not currently speaking and he hadn’t talked to his father “for quite a while.”

The Sunday Times earlier quoted an unnamed friend of the brothers as saying William “won’t retaliate” over the book, but “he’s anxious and he’s sad”.

The Sunday Telegraph broadsheet quoted sources close to Charles as saying the king saw reconciliation with Harry as the “only way out of this mess”.

Prince Harry revealed that King Charles III would joke about how they weren’t actually father and son.

“Pa liked telling stories, and this was one of the best in his repertoire. He’d always end with a burst of philosophizing: If this mental patient could be so thoroughly convinced of his identity, no less than Pa, it raised some very Big Questions indeed,” the Duke of Sussex, 38, wrote in an excerpt. “Who could say which of us was sane? Who could be sure they weren’t the mental patient, hopelessly deluded, humored by friends and family? Who knows if I’m really the Prince of Wales? Who knows if I’m even your real father? Maybe your real father is in Broadmoor, darling boy!”

Harry recalled not getting the humor behind his father’s joke at the time.

“He’d laugh and laugh, though it was a remarkably unfunny joke, given the rumor circulating just then that my actual father was one of Mummy’s former lovers: Major James Hewitt,” he added. “One cause of this rumor was Major Hewitt’s flaming ginger hair, but another cause was sadism. Tabloid readers were delighted by the idea that the younger child of Prince Charles wasn’t the child of Prince Charles.”