No service chief should be given extension: Mushahid 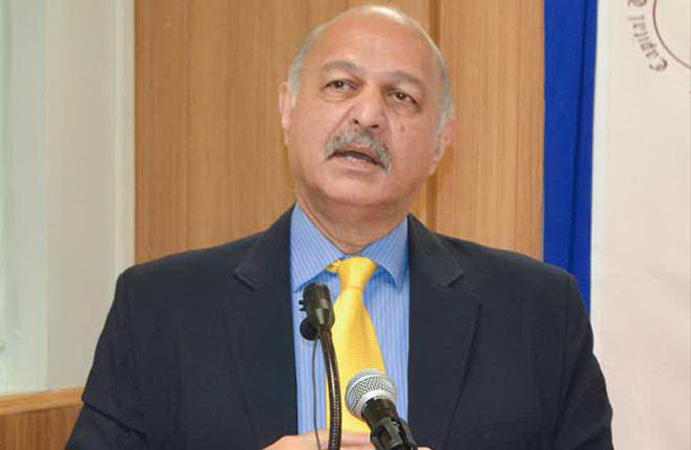 The PML-N Senator Mushahid Hussain Syed said on Sunday that no service chief should be given an extension in their tenures.

In an interview with a private news channel, the senator called for introducing an amendment to the Army Act 1952 so that no service chief was allowed an extension.

“An amendment should be made so that no service chief will be given an extension,” he said. “Be it the army, air force, navy, or the chairman joint chief of staff.”

The PML-N leader, who is also the chairman of the Senate Standing Committee on Defence, asserted that extensions were responsible for unrest in the country.

The statement comes a day after former prime minister Shahid Khaqan Abbasi termed the amendment to the Army Act 1952 in January 2020 – granting former chief of army staff Gen Qamar Javed Bajwa a three-year extension – a “mistake” that needed to be repealed.

“An extension is an extraordinary act; it should not be made into a routine act,” Abbasi had said.

Mushahid highlighted how a “lack of extensions” had led to the fall of governments in the past.

“Former prime minister Mohammad Khan Junejo didn’t promise (late) Gen (r) Ziaul Haq an extension and that is why he was removed,” he said, adding that PML-N supremo Nawaz Sharif made the same mistake and was also removed along with former president Ghulam Ishaq Khan. Asked why no prime minister in the country’s history had ever completed their tenure, the PML-N leader blamed politicians for not building consensus and establishing the “rules of the game”.

“When it suits us, we say the way to Islamabad is through Rawalpindi. When it doesn’t suit us, we adopt a different attitude.”

Upon being asked if former prime minister Imran Khan was removed via the “Pindi way”, he said: “Whichever way you come into power from is the way you exit. Be very clear in that.”

Talking about the army’s assurances that it had distanced itself from politics, the senator said that “neutrality” would be decided when fair and free elections were conducted without “interference or engineering”.

“Gen Zia once said elections would be conducted when the results will be positive,” he said, adding that he didn’t see general elections taking place immediately.

He also pointed to the postponement of local government elections in Karachi and Islamabad. “I don’t foresee elections being held immediately. Perhaps, people are waiting for favourable results.”

“Local government elections that were supposed to take place, when those aren’t happening […] then talking about general elections is far-fetched,” he said.