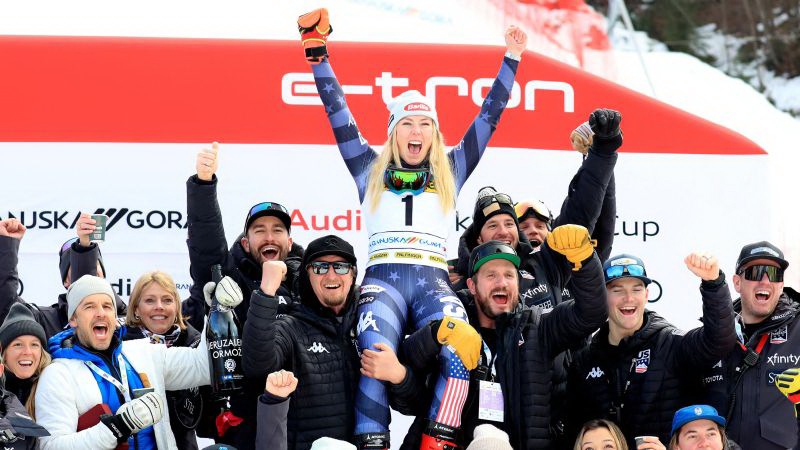 PARIS: American Mikaela Shiffrin equalled compatriot Lindsey Vonn’s women’s World Cup record by clinching her 82nd victory in the second giant slalom race in Kranjska Gora, Slovenia on Sunday. Shiffrin won with a combined time of one minute 52.53 seconds, finishing 0.77 seconds ahead of second-placed Federica Brignone of Italy. The 27-year-old is now four wins short of Ingemar Stenmark’s overall record of 86 World Cup victories. “I was so nervous this run. I have a rash on my face, I was so nervous! I don’t know why, maybe it’s because of 82. I only wanted to ski well… I can’t believe it,” Shiffrin told FIS TV. “It was a fight, but it was pretty amazing conditions and I got a report from the coaches that just said everything is fully attackable so you have to go for it. “I’ve been in this position (before) and I’ve given it away, and today I wanted to go for it.” Shiffrin leads the overall World Cup standings by 419 points from Petra Vlhova.