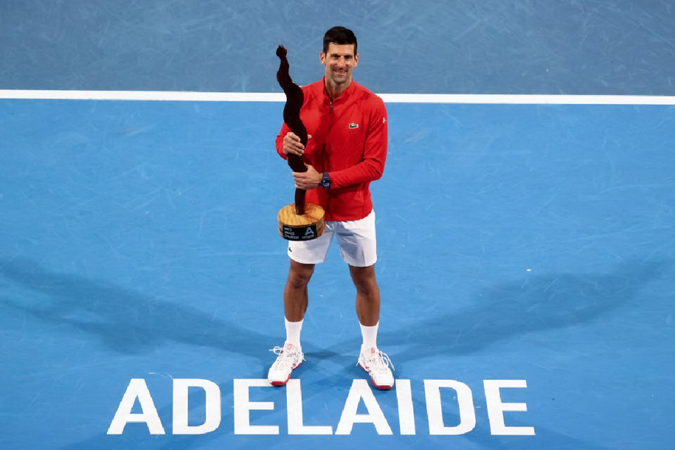 ADELAIDE: Novak Djokovic dug deep to save a match point on the way to a battling 6-7(8) 7-6(3) 6-4 victory over Sebastian Korda in the Adelaide International 1 final on Sunday ahead of this month’s Australian Open. A day after he overwhelmed Daniil Medvedev in the semi-final despite sustaining a hamstring injury, Djokovic moved freely on court but was pushed hard by Korda before the Serb made a late charge to deny his opponent a potentially career-defining win. Victory also helped Djokovic go level with his great rival Rafa Nadal on 92 ATP singles titles in the open era, with only Ivan Lendl (94), Roger Federer (103) and Jimmy Connors (109) ahead of the duo. Djokovic is bidding for a record-extending 10th Australian Open title at the Jan. 16-29 tournament to draw level with Nadal on 22 Grand Slam titles.