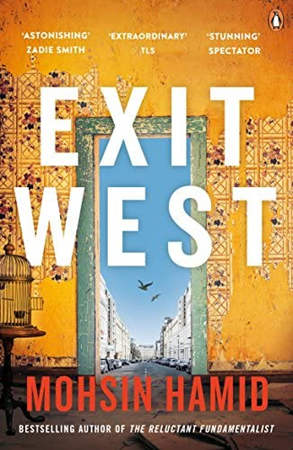 The technique of magic realism is a postmodern trait and has been practiced by many including Margaret Atwood in her The Blind Assassin and Gabriel Garcia in his One a hundred Years of Solitude.

The purpose of the writers using the technique of magic realism is to find a probable possibility of the impossible and to introduce the science fictional aspect to their narratives. This makes the fiction sound more fictional because of its imaginative fantasy old. Mohsin Hamid, a Pakistani post colonial writer, is amazingly popular because of his use of innovative techniques of writing fiction. For example, he used monologue in his the Reluctant Fundamentalist and introduced the second person narrator in his Getting Filthy Rich in Rising Asia. His successfully attempted on magical realism in his Exit West and The Last White Man. Hamid told in his interviews that through this technique he could introduce a fictional reality to the thoughts and fantasies that occasionally visited his mind when he thought about the people who wanted to migrate to greener pastures or the ones who already live their and face Colour and race issues.

Hamid’s Exit West romanticises migration by not introducing any machine to help support movement from one border to the other and instead injects the technique of magic realism by basing the movement of individual on the entry and exit or passing through a dark magic door which would always open a new space. This reflects the desire of and thinking of the people from from poorer countries and think of reaching advanced European and American lands but are restricted because of visa and migration rules. This narrative with it magical doors translates their desires and fantasies. Hamid does not leave it as a simple magic but also relates it with the real world by telling that some doors leading to rich and powerful countries were heavily guarded and the other were only nominally guarded and even sometime were left unguarded because these led to comparatively poorer economies of the world. It would have been a task beyond impossibility for Saeed and Nadia and many like them, to cross any of the borders to overcome miserable economic conditions and enter the prosperous lands for a better life. Although they still face plenty of issues during the whole journey but the Amin part of their migration is facilitated through the introduction of magic doors.

The same is the case with Hamid’s The Last White Man which introduces magical mutation of skin tone. The protagonist experiences a change in his skin color from white to brown which very soon spreads to his whole body and consequently he finds a different person reflected when he stands before his mirror. Very soon this spreads to the people he knows and then he witnesses the same phenomenon all around. At first he tried to to hide by masking and scarfing himself but when he saw his friend Oona, their parents, their friends and families at large experiencing the same, they stopped feeling sane and embarrassment. This magical technique takes clue from the spread of COVID-19 virus which dismantled the invulnerability of the developed world and very soon the humanity was on the same page regarding the impact of corona virus. But the narrative is mainly focusing the fantasy of the racialised and isolated or marginalised individuals in the White man’s world, who would wish to tun the racialised tables on the people who promoted the agenda of racialism. The writer leaves a huge impact for transforming the racial attitudes for the benefit of the humanity at large.

The narrative of Hamid creates a world where racialism plates a major part in shaping the life. But if the similar practice continued, an unintended and unwanted war can erupt between the races of the world, as it happens in the novel. The government has to impose curfew on the people who would like to kill, plunder and she’d blood whom they thought responsible for the change of skin tone. The German laws of purity of race reflected here which awarded severe punished to the ones who attempted to marry a white woman after Germany’s failure to maintain it colonial possessions but it gave opportunity to a large number of non-white individual entered Germany and mixed in the general stream of life. This aspect of racialism has been by Abdulrazaq Ghurna in his novel After Lives. On the whole the novels rests mainly on American radicalisation and the reactive dream of the racialised and marginalised individuals in America.

The writers like Hamid are an asset to humanity because they give a very impactful message for the solution of human problems by telling tales of human sufferings because of Amn made laws, especially the ones causing marginalisation on the basis of colour and belongings. Besides, the introduction of magical realism makes the fiction of Hamid fit comfortably in the postmodern world of 21st century. More over it fits in the genre of science fiction as well. This aspect of Hamid’s narratives labels it as an excellent blend of the traditional magic and science fiction which has been successfully practiced by the fictional narratives like Harry Potter by Rowling.