* 'Every working woman in Pakistan is like a painted target,' Hussyn wrote in her social media post 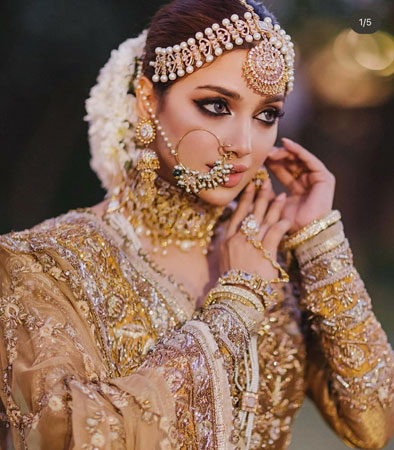 A-list actor Sonya Hussyn spoke up against women harassment and slut-shaming amid social media controversy. On Saturday, the ‘Tere Bina Mein Nahi’ actor raised her voice against the ongoing matter via her platform on the photo and video sharing application.

“Every working woman in Pakistan is like a painted target,” Hussyn wrote in her social media post.

The actor noted, “She faces insults, harassment, slut-shaming and slogans from everyone and anyone on daily basis. It’s like we have deemed women to be the children of a lesser God. We need to wake up and address this situation.”

“Women constitute half of this country’s population and are not meant to be humiliated in any way. We are leaders, achievers, and fighters.”

“We are the future of Pakistan and we want to be respected as such,” she concluded.

Her post on the gram received votes of agreement from her followers as well as the showbiz fraternity.

Meanwhile, on the work front, Sonya Hussyn is currently being seen as Noor in the new drama serial ‘Tere Bina Mein Nahi’, alongside Shehzad Sheikh and Aiza Awan.

Ali Masud Saeed has helmed the direction of the upcoming serial, while Maha Malik has written the script. Six Sigma Entertainment of Humayun Saeed is the production banner for the project.

‘Tere Bina Mein Nahi’ – a beautiful tale of companionship and compromises – airs every Tuesday in prime time only on ARY Digital.