Deepika was scared of Irrfan Khan ‘looking down upon her’ 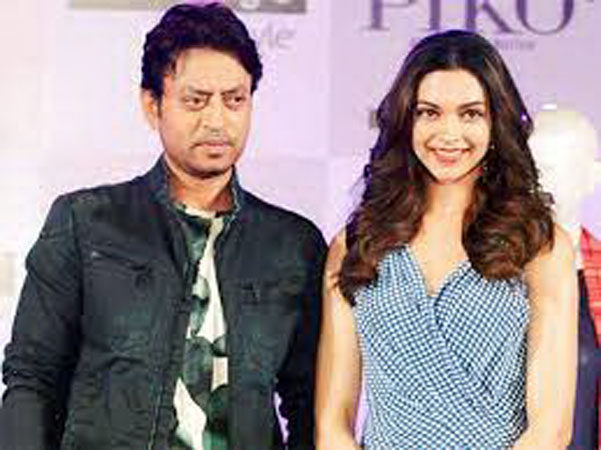 Irrfan Khan would have witnessed his 56th birthday on Saturday and with living proof of his art, he left his legacy behind. Deepika Padukone, who is one of the most acclaimed actresses of B-town was once afraid that the late actor might look down upon her for being ‘commercial’ heroine.

Deepika and Irrfan paired up for Piku in 2015. She vividly remembers that she had a fear of his disapproval since she was a commercial heroine and he was strictly confined to art films. Back in 2015, Deepika in an interview with PTI said, “I thought he would be an intense actor, an intense person, everything about him is intense, courtesy media’s perception.

I thought he would be stern and not interact and look down upon me thinking me being a commercial heroine. But he is very different from that.”

She further added, “He is humorous. There are similarities between us like he is also shy… He talks less but when he says, it is very funny. I think his comic timing is pretty untapped. And no amount of explanation can give justice to the fine talent that he is.”

Irrfan’s work for Hindi cinema is the highlight of his life. He has always been so keen about the work he was putting forward as an artist.