Sarfaraz was the difference, says Southee after drawn Test series 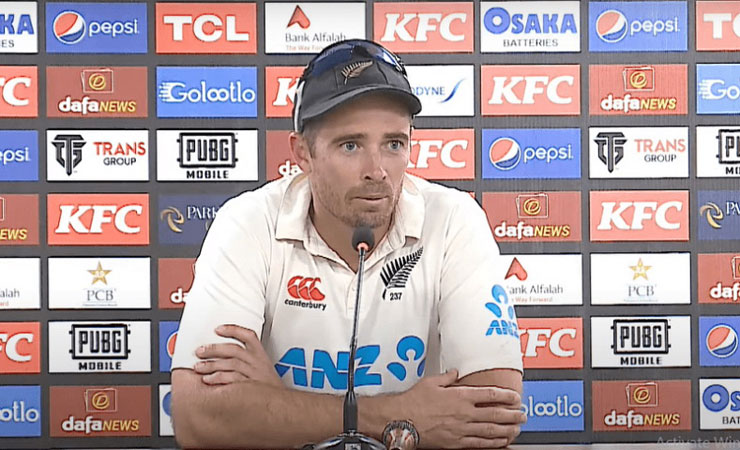 KARACHI: Tim Southee fell agonisingly short of leading New Zealand to victory in his first series in charge and the 34-year-old put it down to Sarfaraz Ahmed’s dream comeback for Pakistan. The two-Test series in Karachi ended in a 0-0 stalemate even though New Zealand were in a position to win both only to be thwarted by bad light and Sarfaraz’s red-hot form in the 35-year-old’s first series in nearly four years. New Zealand sensed a series-clinching victory when they reduced Pakistan to 80-5 having set them a daunting victory target of 319.

Sarfaraz produced a career-best 118, his first Test hundred since 2014, to help Pakistan eke out a dramatic draw at Karachi’s National Stadium on Friday. “Sarfaraz was outstanding not only today, but throughout the whole series,” Southee told reporters after bad light stopped play with New Zealand one-wicket away from winning the series and Pakistan 15 runs short of victory. “He came out, he played positive cricket, played busy cricket. For somebody who hasnt played for four years, credit to him.” “We knew from the nature of the surface that things could happen late in the Test but Sarfaraz was probably the difference. We couldve won had we got him earlier.”

Sarfaraz’s glovework was rather sloppy but his scores of 86, 53, 78 and 118 made him the obvious choice for both the player-of-the-match and player-of-the-series honours. His counter-attacking knock impacted New Zealand’s bowling tactics as well, forcing the tourists to defer taking the new ball. “If he didn’t play as positive as he did throughout the day then we would have been able to take the new ball because we would have had a lot more runs to play with.” Southee said “a lot of good cricket” was played in the series but the disappointment of draw lingered.

“You play to win Test matches and we got ourselves in, probably, positions to win both of them,” Southee said. “It was pretty tough going but the guys toiled away and we were one ball away from a series victory. “So yeah, disappointing to walk away (0-0) and I’m sure Pakistan are the same.” The teams now square off in a three-match one-day international series beginning on Monday.