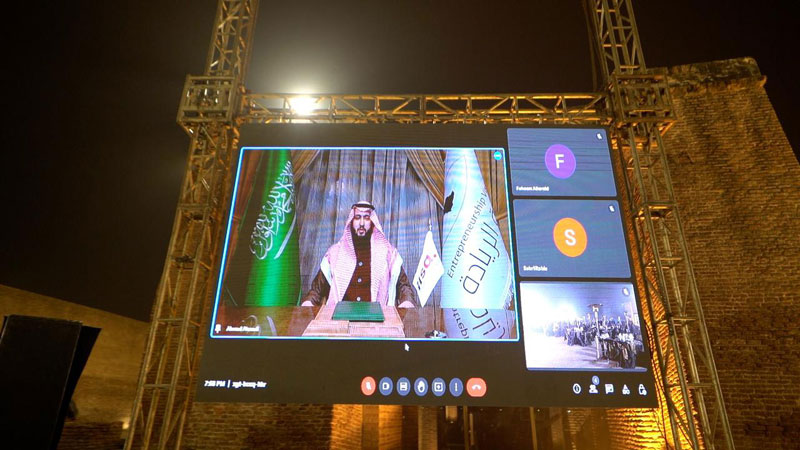 To this end, HRH Prince Fahad bin Mansour Alsaud also announced a further 300+ projects for the company with 100 Million project value, creating more than a 1000+ jobs in Pakistan, Saudi Arabia and globally.

“I’m deeply honored to be a part of such a respected and prestigious gathering of the IT industry with thought leaders of Pakistan at the country’s largest tech conference and expo, Future Fest 2023. My journey to Pakistan started 5 years ago to explore the possibilities of establishing an IT company in Lahore.

Let me say that the resources in Pakistan are very talented in all fields; Technical Resources, User Experience and Quality Assurance resources have been great to work with.”

He further added, “At Future Fest 2923, I am pleased a delegation of Saudi startups & venture capitalists will have a chance to meet Pakistani companies and key stakeholders to explore investments, partnerships, acquisitions, and talent recruitment.”

During his address, Prince Fahad bin Mansour Alsaud highlighted the Kingdom’s Vision 2030 roadmap under the leadership of the Custodian of the Two Holy Mosques, King Salman, which has seen the booming of the technology sector along with major new smart cities like NEOM. He emphasised how companies such as ILSA Interactive are reflective of the determination of both Pakistani and Saudi leaders to further deepen an existing strategic relationship in all fields with plans to forge partnerships with IT companies, Universities and big enterprises in Pakistan. On announcing the establishment of the Saudi – Pakistan Tech House, Prince Fahad bin Mansour Alsaud confirmed that the House will be headquartered in Riyadh, with it’s first branch in Lahore.