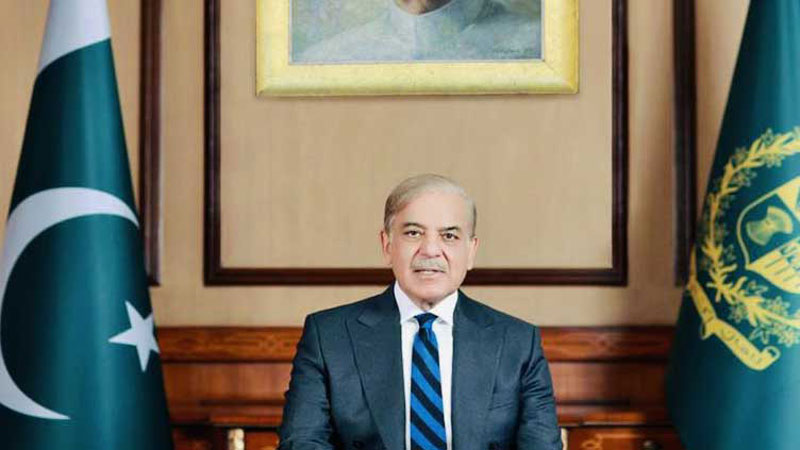 Prime Minister Shehbaz Sharif on Saturday said that he had told the Managing Director of the International Monetary Fund (IMF) about the government’s resolve to complete the terms of the IMF’s programme. On his Twitter handle, the prime minister said that he had held a telephonic conversation with the IMF MD. “Also explained Pakistan’s economic difficulties especially after the devastating floods. IMF delegation will come to Pakistan soon,” he added in a tweet. Meanwhile, Prime Minister Shehbaz Sharif held a telephonic conversation with the Prime Minister of Kuwait Sheikh Ahmad Nawaf Al-Ahmad Al-Jaber Al-Sabah on Saturday and discussed matters of mutual interest. The Prime Minister of Pakistan apprised the Kuwaiti Prime Minister of the International Conference on Climate Resilient Pakistan, to be held in Geneva, on 9 January 2023, and requested high-level participation. The Kuwaiti PM expressed firm support for the initiatives to strengthen Pakistan’s climate resilience.

The Prime Minister reaffirmed the importance Pakistan attached to its relationship with Kuwait and reiterated the desire to further expand bilateral cooperation in diverse fields. He underscored the resolve to forge deeper economic engagement between Pakistan and Kuwait – including in trade, investment, labor, and other key sectors. The Prime Minister expressed satisfaction at the close cooperation between the two countries at the multilateral forums. He appreciated the measures taken by Kuwait for the recruitment of Pakistani manpower in the fields of health, security, and infrastructure. The Prime Minister of Kuwait reciprocated the sentiments of the Prime Minister and reassured them of the desire of the Kuwaiti leadership to further deepen and broaden bilateral relations with Pakistan. The two leaders agreed to maintain close contact and work together on all issues of mutual interest.

The two leaders agreed to remain in close contact and take forward the process of consolidation and further expansion of Pakistan-Kuwait relations. Kuwait hosts over 100,000 strong Pakistani diaspora which is contributing significantly in the development and progress of both nations. Meanwhile, Prime Minister Shehbaz Sharif on Saturday said that the Pakistani nation would always remain grateful to the sacrifices of its shuhada and their families.

On his Twitter handle, the prime minister said that due to the sacrifices of Shaheed Naveed Sadiq and Shaheed Nasir Abbas, the nefarious designs of the enemies of Pakistan had been foiled. The prime minister, in a tweet in Urdu language, referred to his yesterday’s visit to the bereaved family of late Inter-Services Intelligence (ISI) director Naveed Sadiq and said that he paid tribute to shaheed director on his behalf and on the behalf of the entire nation.