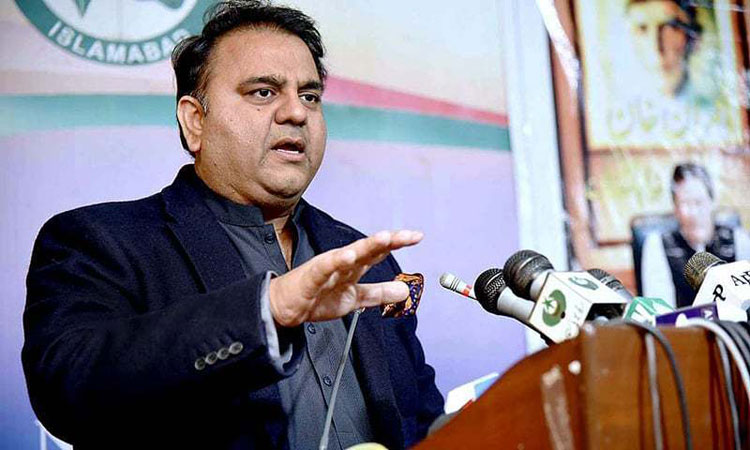 PTI leader Fawad Chaudhry has claimed that “some army generals, as well as ex-chief Gen [Qamar Javed] Bajwa were actively involved in sending the PTI government home”. Speaking during a BBC HardTalk programme, Chaudhry insisted that his party came to power on its own over a 22-year effort. He, however, minced no words saying his party was removed from power through a conspiracy. “And in that conspiracy, some army generals were involved, there is no doubt about that and the establishment actually played a very active role in the ouster of Imran Khan.

In fact, the last army chief was [also] actively involved in sending our government home,” he alleged. The ex-minister went on to claim that the establishment was also controlling the parties allied with the PTI in the previous government. “The current [army] leadership has just assumed the office and we are hoping there will be a change in the policy, but the last chief was not talking the truth when he said we asked [for their] help. We only asked for their neutrality,” he added. When asked about what evidence there was to back up Khan’s claims about being removed through a foreign conspiracy, Chaudhry said his party presented evidence – the cipher – about the United States’ alleged involvement in the ouster of the PTI government in key meetings, but they were not paid heed to. He, however, said that the PTI did not want “confrontational relations” with the US.

He added that no one should interfere in Pakistan’s governance matters. “People of Pakistan should have the right to choose people and no one including the US, the UK or any other country have a right to decide who will rule us.” To a question, he clarified that Imran never called Osama bin Laden a “martyr”, saying he had a slip of a tongue in one speech which was clarified later. About security challenges, Chaudhry said the then-PTI government was holding “continuous negotiations” with the Afghan government “and we were close to actually resolve the issue”. He, however, blamed the incumbent government for “ruining” all efforts due to their “ignorance of Afghanistan’s history and problems”.

The PTI leader said his party could wait for elections “but this government is not ready to hold polls as they know people will oust them through vote”. He insisted that elections were needed for Pakistan and not for the PTI. “We are asking that elections should be held at the earliest so that a new responsible government can take care of economic affairs.”

In response to a query regarding Pakistan’s dismal ranking on Transparency International’s corruption perception index, the former information minister said the Imran-led government was the “cleanest government” in 75 years and that there was no scandal in connection to the political side. Primarily, he said, corruption issues surfaced in departments like “the judiciary” that dealt with rule of law dropped the corruption ranking of Pakistan. To another question, the PTI leader called the ECP accusations against Imran in the Toshakhana case “funny”, saying the charges were “mala fide” and hoped the courts would deliver justice in this regard.