‘Farzi’ gets a release date 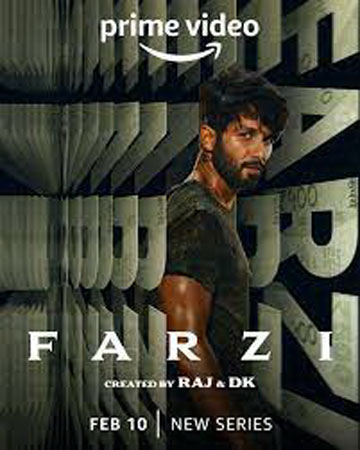 Shahid Kapoor’s highly anticipated Amazon web series Farzi has finally got its release date. Farzi will be premiered on OTT platform Amazon Prime, and it is slated to be released on February 10, 2023.

Shahid revealed the much-awaited first-look poster for his fans with the caption, “Con hai ye farzi?”

Earlier on Thursday, Shahid dropped a video unveiling his character for the series and wrote, “Naya saal, naya maal.”

However, it has also been confirmed that Farzi is not going to be a serious crime thriller.

Previously reports came out that Kapoor starrer will be aired on Amazon in February 2023. “Shahid Kapoor’s digital debut will happen in February 2023. The release plan is being chalked out at the moment, but Farzi is all set to be out for audience viewing before the closure of the first quarter of 2023.”