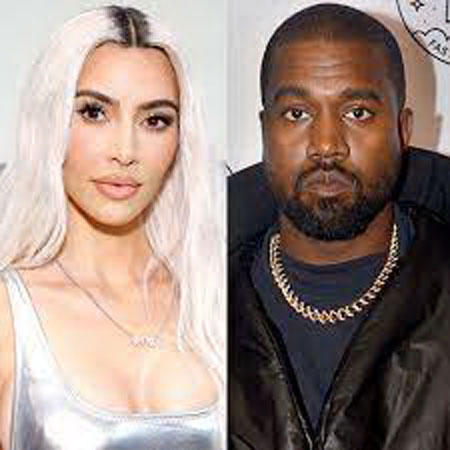 Kim Kardashian is opening up about the complexities of co-parenting with ex Kanye West. Nearly one month after the former couple finalized their divorce, the SKIMS founder-who shares kids North, 9, Saint, 7, Chicago, 4, and Psalm, 3, with the Yeezy designer-is giving her thoughts on their dynamic when it comes to their four children.

“I definitely protected him and I still will in the eyes of my kids, for my kids,” she said during the Dec. 26 episode of Angie Martinez’s IRL podcast. “So, in my home, my kids don’t know anything that goes on in the outside world.” Adding that she will continue to protect her kids “for as long as I can,” Kim broke down in tears, noting, “It’s hard. S–t like co-parenting, it’s really f–king hard.” During their sit-down, the Kardashians star also reflected on the impact of her own relationship with her late father, Robert Kardashian, Sr.

“I had the best dad,” she continued. “And I had the best memories and the greatest experience and that’s all I want for my kids. As long as they can have that, that’s what I want for them.” “So, if they don’t know things that are being said, or what’s happening in the world, why would I ever bring that energy to them?” Kim added. “That’s real heavy, heavy grown-up s–t. And they’re not ready to deal with it, and when they are, we’ll have those conversations.” Kim’s latest interview comes nearly three weeks after a source also shared insight into their co-parenting relationship, noting that Kim is making sure Kanye remains involved in their kids’ lives. “All the kids are very bonded to Kanye and adore him despite what’s going on,” the insider told E! News in early December. “Kim is doing a great job of not letting that change their relationship.”