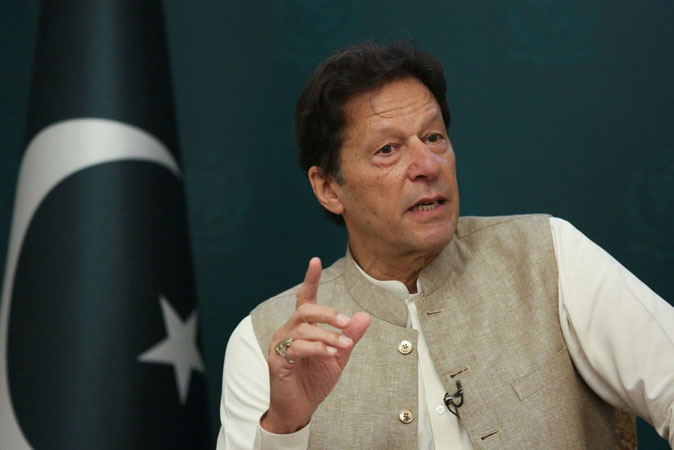 Pakistan Tehreek-e-Insaf (PTI) Chairman and former prime minister Imran Khan on Friday took a dig at the establishment, claiming that the “neutrals” did not look neutral to him on the issue of vote of confidence for Punjab Chief Minister Chaudhry Pervaiz Elahi, a private TV channel reported.

Talking to court reporters at his Zaman Park residence, Imran alleged that efforts were afoot to bring the Pakistan Muslim League-Nawaz (PML-N) to power in Punjab. However, he stressed that the PTI was preparing itself for the vote of confidence in the Punjab Assembly “if the court directs us” to do so.

“Our members are being approached,” Imran said, adding that three of them had told him. He then questioned “the neutrality of the neutrals”. He added that he was fully aware that the “establishment is doing political engineering and efforts are being made to bring the PML-N to power in Punjab”.

The PTI chief also commented about recent statements from Punjab Chief Minister Parvez Elahi advising Imran and the rest of the PTI to behave when addressing issues related to former chief of army staff General (retired) Qamar Javed Bajwa. Imran said that his ally Elahi had conveyed to him a message to stop statements against Gen (r) Bajwa. “He has his stance about General (retired) Bajwa and we have our position,” Imran said.

He went on to say that neither could Elahi change the PTI’s stance nor could the PTI force Elahi to deviate from his position.

To a question, the PTI chairman said, “No doubt the PML-Quaid is PTI’s ally but Elahi has his own point of view about the establishment. He [Elahi] cannot ask PTI to back-peddle on its stance.”

The PTI chief stressed that he did not want confrontation with the establishment, stressing that “we are fighting for the sake of justice”. He repeated his earlier statement that there was a “rule of the jungle” in the country. He emphasised that justice was the need of the poor masses and not of the well-off families.

Imran also repeated the allegation that the agencies were involved in the attack on him in Wazirabad on November 3. He pointed out that he was the prime victim of the attack but was unable to get the first information report registered despite his party’s government in Punjab. “Neither police officials are cooperating nor the DPO [district police officer concerned] or the country’s agency,” Imran said. He also alleged that Hussain Haqani, the former Pakistani ambassador to the US, was involved in regime change in Pakistan.