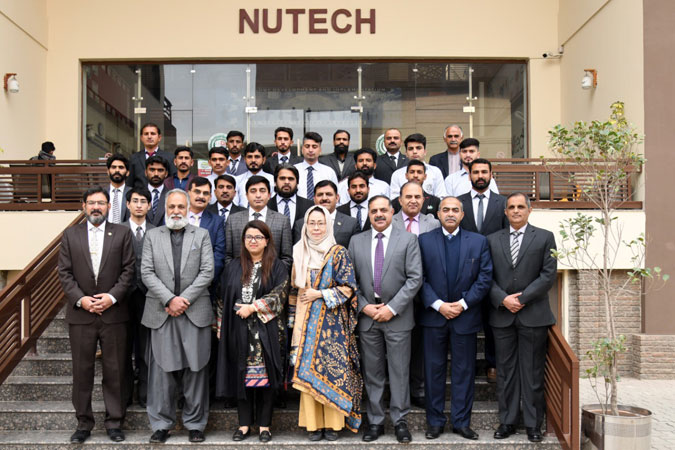 The Government of Pakistan has nominated NUTECH as the “Sending Organization” for TITP Japan. For this purpose, NUTECH selected the best possible candidates for this program. Individuals were interviewed for different skills categories as demanded by Japan Government, which included skills in Care Workers, Automobile Repair & Maintenance, Excavating Works, Livestock & Agriculture, and Fishery. In this regard, after completion of all formalities in Pakistan and Japan, the TITP Visa Documentation Handing over Ceremony was organized at NUTECH on 6 Jan 2023. Earlier on arrival at the National University of Technology, Chief Guest Special Assistant to Prime Minister on Youth Affairs, Ms. Shaza Fatima Khawaja, was received by the Pro Rector of the University Maj Gen Khalid Javed. While interacting with students, parents, and faculty, Special Advisor to Prime Minister on Youth Affairs said NUTECH played an important role in collaboration with Government and prepared the first batch of youth to Japan for this program. Later, SAPM on Youth Affairs Ms. Shaza Fatima Khawaja handed over Visa Documents and also awarded certificates to students who secured positions in a National Quaid documentary competition.