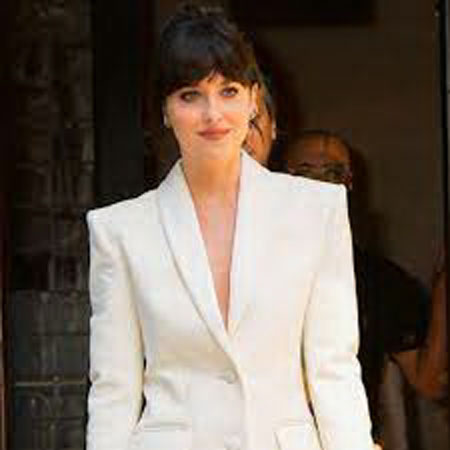 Dakota Johnson is now 50 shades of blonde. The actress, known for her signature brunette locks was spotted on the set of her latest film on Dec. 20 with a brand-new platinum-blonde bob, complete with blunt bangs. Her new movie, Daddio-of which, according to IMDB, Sean Penn is also set to co-star-is currently being filmed in New Jersey. Though Daddio has yet to have a release date, the film’s synopsis promises to be quite the ride. According to Deadline, the film “follows a young woman, who after landing at JFK airport in New York City, jumps into the backseat of a yellow taxi. The cabbie, Clark, throws the vehicle into drive and the two head out into the night… striking up the most unexpected conversation.” “What begins as amusing chit chat quickly takes a turn towards mysterious and playful,” the synopsis continues. “Then grows into viscerally honest revelations about relationships, sex and power dynamics, loss and vulnerability.” But Dakota isn’t the only one closing out 2022 with a new look.