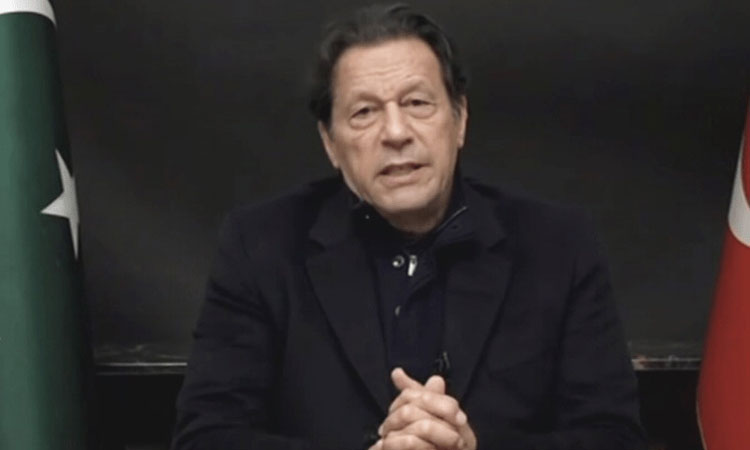 “I earlier stated this as well that I only hope for justice from one place -SC – as powerful people will not allow the investigation to take place,” Imran Khan said in a televised address. He said that “two to three people” were behind the plot to assassinate him. “I know that the country’s armed forces are giving sacrifices for the country […] but there are black sheep in every institution,” he continued. “But the person who planned this, I want them to cooperate with the JIT. Action should be taken against those deliberately obstructing justice,” he demanded and appealed to Chief Justice of Pakistan (CJP) Umar Ata Bandial for justice. “I only expect justice from the Supreme Court. Powerful people who I have named will not allow justice to be carried out. If the chief justice back a powerful inquiry, only then can I get justice.”

Imran Khan said that when Naveed, the suspect in the assassination bid, was arrested, his confessional video statement was released almost immediately “even when I had not reached the hospital after getting shot at”. Khan said the police quickly recorded the video statement of the suspect and disseminated it among “journalists and television channels” who work against the PTI.

The PTI chief said Naveed had claimed he was working alone. “But, he was programmed to say this.” He claimed that Naveed was not a random religious fanatic but a trained shooter. “And I know this because I have practised shooting.”

During his address, Imran claimed that people from “agencies” had already informed him about the bid to assassinate him. He said that an attack with a motive similar to the “killing of Salmaan Taseer” was planned to eliminate him. Imran also claimed that attempts were made to create a narrative accusing him of committing blasphemy, in an effort to justify the attack on him by a “religious fanatic”. He added that the plot commenced on August 24 when- Waqar Satti posted a craftily created video to malign him and accuse him of alleged blasphemy.

Talking about the JIT, he said that the Gujrat district police officer (DPO) had refused to cooperate with the JIT formed to probe the attack while the Counter Terrorism Department personnel, who had appeared in the suspect’s confessional video, had also refused. Without taking names, Imran said that “an institution” working under the federal government had refused to conduct a forensic analysis of a mobile phone forwarded by the JIT.

During the address, Imran also played a CCTV video which purportedly showed the DPO directing an official to record the confessional statement of the Wazirabad shooter. “Which institution was behind the release of the suspect’s confessional statement? I know it,” he said. “I hope we can tell everyone who they are when the JIT summons them.” Backing the findings contained in the JIT report, he said one of those was the handgun shooter who had been repressed near the attack site by onlookers. Another one had fired from the roof with police recovering empty bullet casings from the nearby rooftop. The third was somewhere else. But he defended his security guard, noting that he acted heroically to protect them.

* ‘Two to three people’ were behind assassination plot

* There are ‘black sheep’ in every institution

* People from ‘agencies’ had already informed about plot

* Naveed confessional statement was released even before my reaching hospital

* Attempts were made to create blasphemy narrative

* Khawaja Asif followed by a press conference on Oct 10

* Three shooters involved in incident, not one