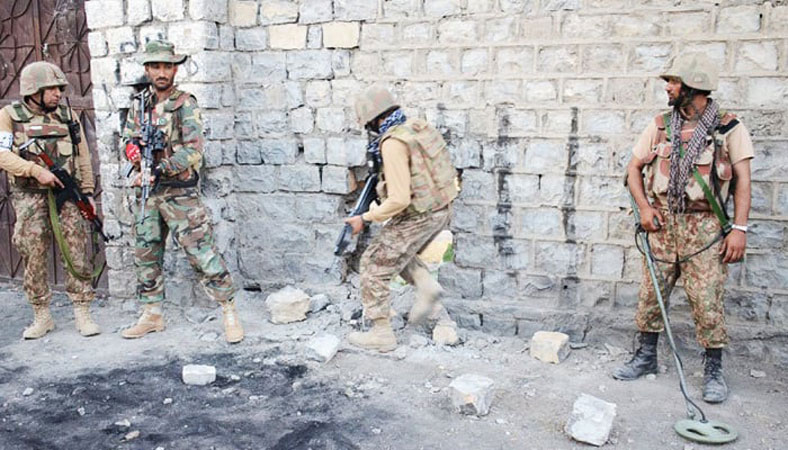 At least 11 terrorists, including a militant commander, were killed as security forces successfully foiled a high-profile terrorist activity during an intelligence-based operation in South Waziristan’s Wana area, the military’s media wing said on Thursday. During an intense exchange of fire, 11 terrorists including terrorist commander Hafizullah alias Tor Hafiz and two suicide bombers were killed, the Inter-Services Public Relations (ISPR) said in a statement. A huge quantity of weapons and ammunition was also recovered from the terrorists, it added. ISPR said the militants were actively involved in terrorist activities against security forces and target-killing of police in South Waziristan district. Pakistan, particularly the northwestern Khyber-Pakhtunkhwa province and the tribal areas, has seen a surge in terrorist attacks since November, after the Tehreek-e-Taliban Pakistan (TTP) called off a ceasefire with the government in June and ordered its militants to stage attacks across the country.

The TTP, a separate entity from the Taliban in Afghanistan but sharing a similar hardline ideology, have been responsible for hundreds of attacks and thousands of deaths since emerging in 2007.

The government and the TTP had agreed to a truce earlier this year after Afghanistan’s new Taliban rulers took a prominent role in brokering peace talks, but negotiations made little progress and there were frequent breaches.