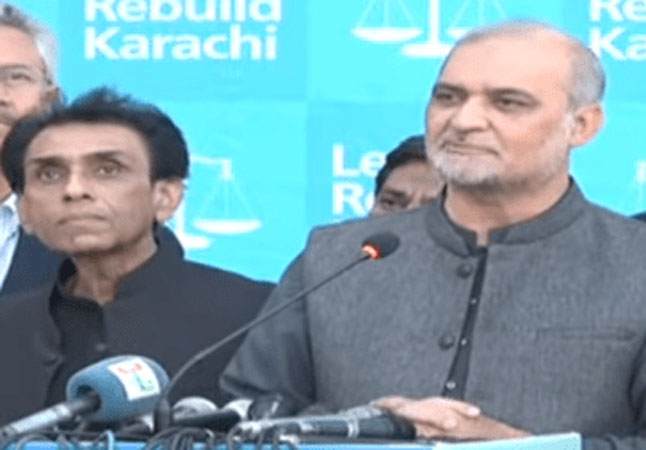 Muttahida Qaumi Movement-Pakistan (MQM-P) convener Khalid Maqbool Siddiqui on Wednesday raised concerns about the upcoming Karachi local government elections saying that pre-poll rigging done ahead of the elections. Addressing a press flanked by Jamaat-i-Islami city chief Hafiz Naeemur Rehman in Karachi, Khalid said that there is ambiguity in the voter list that has been made, adding that they were not satisfied over the delimitation issue. The vagueness in stats proved that pre-poll rigging has already taken place, alleged Khalid. In a major breakthrough, MQM-P Convener Khalid Maqbool Siddiqui led a delegation to JI provincial headquarters in Karachi – Idara Noor-e-Haq. After the meeting between officials of both political parties, Siddiqui and JI Karachi chief Hafiz Naeem Ur Rehman jointly addressed a news conference.

JI chief said that although they have reservations on the demarcations for LG polls, they do not endorse delay in the electoral exercise. However, MQM-P convener reiterated that no one would accept the results of local bodies’ elections if they are held in constituencies drawn up on basis of ‘fake’ census and old delimitations. He said MQM-P had been holding consultations with other parties and stakeholders over the issue of fresh delimitations. Siddiqui said MQM-P was ready for LG polls if its demand for new demarcation in the port city was met by the Pakistan Peoples Party (PPP). He accused PPP of pre-poll rigging in Karachi and Hyderabad, noting that UCs in strongholds of JI and MQM-P were constituted on 80,000-90,000 populaces.