* In India, from hole-in-the-wall casual eateries to fine dining, restaurants were devastated by lockdowns and virus outbreaks, with millions losing their jobs since COVID-19 hit in early 2020 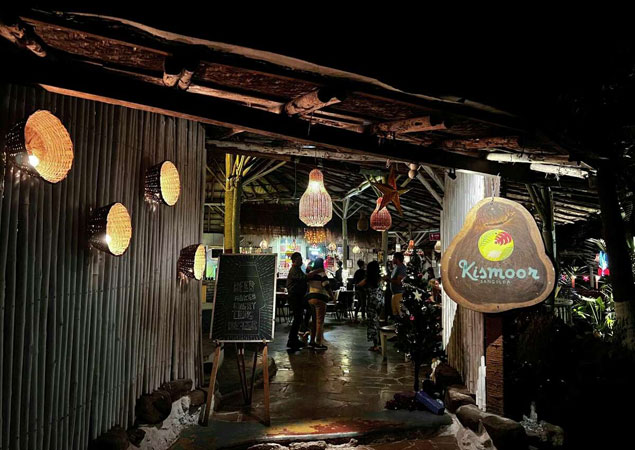 Hotels and restaurants across South Asia have had to adapt and reimagine dining out since the pandemic ripped through the region, forcing many out of business.

Those that have survived are tapping local sources and going online.

In India, from hole-in-the-wall casual eateries to fine dining, restaurants were devastated by lockdowns and virus outbreaks, with millions losing their jobs since COVID-19 hit in early 2020.

In neighboring Sri Lanka, where the tourism-driven economy also has been hammered by political upheavals and shortages, the situation remains dire.

Saman Nayanananda, a food and beverage manager at a hotel chain in the Sri Lankan capital Colombo, says going local for food sourcing and menu offerings is vital.

Nayanananda, who was in New Delhi recently for the South Asian Food for Thought festival, survived a devastating tsunami in 2004 that killed 230,000. He lived through a prolonged civil war that ended in 2009 and witnessed the aftermath of deadly 2019 Easter terrorist attacks. After every calamity, the economy managed to get back on its feet.

The struggle to recover for the nation of 22 million is infinitely tougher given Sri Lanka’s troubles with debt, fuel and food shortages, said the 50-year-old hospitality industry veteran.

“We had lot of challenges, including raw materials and the transport problems. A year after COVID, all hotels started food delivery. We were slowly recovering and then this economic crisis came. We ran out of both imported and local materials. Again back to zero,” said Nayanananda, who lost his job at a tourist resort in 2020 as everything shut down.

“We recovered from terrorism, from the tsunami, but this crisis, it has broken the middle class,” he said. With food inflation at 70 percent and hard currency to buy from abroad in short supply, going local both in terms of food sourcing and menu offerings is the only option.

“We came out with the concept of grow and sell. We replaced imported production with local production, coming up with innovative food items,” he said, mentioning dishes using locally grown sweet potatoes, cassava, yams and cowpeas, or black-eyed peas.

Across the region, hotels and restaurants are finding past business models obsolete. That’s forcing a reset in strategies as investments recover to meet rising demand from hungry diners eager to eat out again.

India’s food services market is expected to grow to $79 billion by 2028 from $41 billion in 2022, according to a report by the Francorp and restaurantindia.in. But the sector will still face supply delays or shortages, the report says.

Maneesh Baheti, founder and director of the South Asian Association for Gastronomy, said that the pandemic has raised awareness about health concerns and food sourcing, leading the industry to adopt more sustainable practices.

That includes offering dishes made with locally sourced ingredients.

“Eating fresh local produce according to season, returning to diets rich in nuts, legumes and green leafy vegetables, are trends that are here to stay as they engage customers who are now a health conscious-aware segment with deep pockets,” Baheti said.

“The entire food industry has realized the importance of promoting better health and the potential of wellness-based menus,” Baheti added. “Eating local and eating fresh also helps in reducing the carbon footprint since the depe

ndence on transportation and refrigeration reduces the emission of green house gases,” he said. As the food services industry rebuilds itself, restaurant owners say some practices born out of necessity during the pandemic can offer a way forward.

Many urban communities are experimenting with plant-based diets and growing farm produce on their rooftops and in backyards. Siddharth Bandal, a partner at the Hideaway café and bar in the western Indian state of Goa, said they’ve learned to be nimble enough to adapt to changing customer behavior.

“It possibly made the sector stronger by exposing the weak spots and the industry has shown its resilience by adapting quickly. The pandemic made everyone more alert about hygiene. There is a renewed focus on guest experience and the eateries are evolving as they respond to the shift towards healthier food,” Bandal said. In Colombo, Nayanananda began cycling to work and growing food at home after markets ran dry and it became difficult to feed his family of four. In Sri Lanka and elsewhere in Asia, a wave of COVID-19 infections in China after it dropped its pandemic controls has revived worries over the risk of a return to shutdowns and other restrictions. But

“What is important is to learn to live with what we have in our hands,” he said.