In fashion these days, the eyes have it

* Flashes of crimson are seemingly everywhere this season — swept deftly under the waterline, piled high on the eyelid crease and tapped southward toward the cheekbone 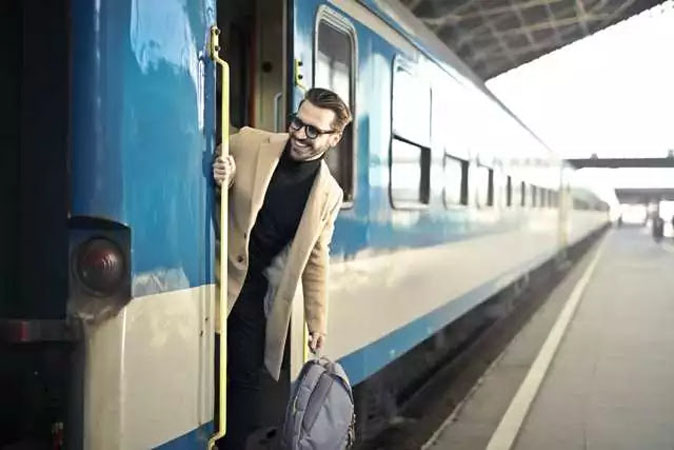 Last month, in one of her ubiquitous bathroom selfies, Doja Cat lined her upper lids in a halo of rose-hued pigment, just below her bleached brows.

Cher was recently spotted in a sheer wash of shimmery burgundy shadow. Kylie Jenner and singer Rina Sawayama have also posted Instagram shots with a sweep of scarlet eye makeup.

Flashes of crimson are seemingly everywhere this season – swept deftly under the waterline, piled high on the eyelid crease and tapped southward toward the cheekbone. Red eye makeup is so popular that Dior recently released entire eye palettes and a mascara devoted to the shade. Makeup artist Charlotte Tilbury introduced a ruby mascara and so, too, did Pat McGrath, hers in the form of a vivid pink with red undertones.

To understand why, suddenly, red mascara, liner and eye shadow are in vogue, one has only to look to TikTok, where micro trends thrive. There, crying makeup – shiny-looking eyes, flushed cheeks, pouty lips – is one of the newest fixations. In one crying girl makeup video, Zoe Kim Kenealy offers a now-viral tutorial on how to achieve the look of a good sob as she swipes red shadow under, over and around her eyes. Why? Because, as she puts it, “you know how we look good when we cry?”

Similarly, cold girl makeup, with an emphasis on pinkish and reddish tones around the eyes, nose and lips, is going around. It’s about romanticizing being outside in the cold, sans high winds and runny noses. Think apres-ski, snow bunny makeup.

Red eye makeup and blush placed prominently around the eyes also have links to Asian beauty culture. Under-eye blush has been popular in Japan for decades and linked to style subcultures and neighborhoods like Harajuku. But the look dates back much further.

“In China, during the Tang dynasty, red rouge was placed over the cheeks and up onto the eyes, creating a rosy-toned eye shadow,” said Erin Parsons, a makeup artist who creates popular online beauty history content. She noted that the hue continued to be used in cosmetics for centuries, and even today within the Chinese opera.

As for the red Dior mascara, Peter Philips, the creative and image director of Christian Dior Makeup, was inspired by demand for red eye shadow in Asia. At the beginning of the pandemic, a single Bordeaux red eye shadow was a source of curiosity at the company. There was talk of its popularity, and there were calls for more brick shades. “I was like: ‘Why? What’s the story behind it?’ ” Philips said. “And they said: ‘Well, it’s mostly young girls. They are inspired by their favorite characters in soap operas. There’s always drama, and there’s always a broken heart and their eyes are red.’ ” Philips credits the rise of red makeup as part manga culture combined with soap series, and the fact that whatever happens in the Korean beauty scene usually trickles down to Western culture.

Red around the eyes can be a scary concept, but many makeup artists say that, tonally, the color is flattering and complementary to most eye shades. “It pops the white of your eye, which then makes the eye color pop even more,” Tilbury said. “All red tones will flatter and enhance the color of blue eyes, green eyes, and will even find the golden light in brown eyes.” Her tip for wearing red tones without getting too bright is to choose a bronze or chocolaty hue with a strong red undertone.

“You’re not going to feel freaky, like you’re wearing blue or green shadow, but you’re still wearing something that is going to give you eye brightening and pump and pop the color of your eyes,” she said.

But should you want to go bold, there’s no easier shade to play with.

“I love red as depth, in place of, say, a brown neutral you would use to define a crease,” Parsons said. “Use a matte red to define the shape and bone structure, then add red metallic shimmer on the lid where the light will hit and sparkle.” There are many ways to wear red, she added, but this technique can suit someone who is new to using the color beyond cheeks and lips.

Another way to experiment with unadulterated vermilion on the eyes is to coordinate your entire makeup look. Philips recommended choosing a bold red lipstick, then finding a matching shade for your eyes. “You know, you play and you mix and match and you make it your own,” he said.

He also suggested adding a brilliant blue to make the already bold hue stand out even more. “Blue lashes with an orangy lava kind of red eye really stands out, and it’s really amazing,” he said. “If you want to play with red, you have to contrast it. You can also start working with green. It depends on how far you want to go.”

For Parsons and Tilbury, the 1960s and ’70s are a reference point for red eye makeup. Powdery cerise matte colors were common in that era.

“In modern makeup, we don’t really see red eye shadow hit the mainstream until the mid ’60s, with the launch of Barbara Hulanicki’s Biba,” Parsons said, referring to the London youthquake label of the ’60s and early ’70s. She has one of the original Biba palettes, she said, with reds, teals and golds.

Tilbury likes “that bold ’70s look where you use strong pinks and reds around the eye and onto the cheekbone. It’s incredibly pretty and still much more of an editorial kind of statement.”

“Really,” Parsons said, “anyone can wear red anywhere on the face, depending on how comfortable or creative one is.”