The year of AI art 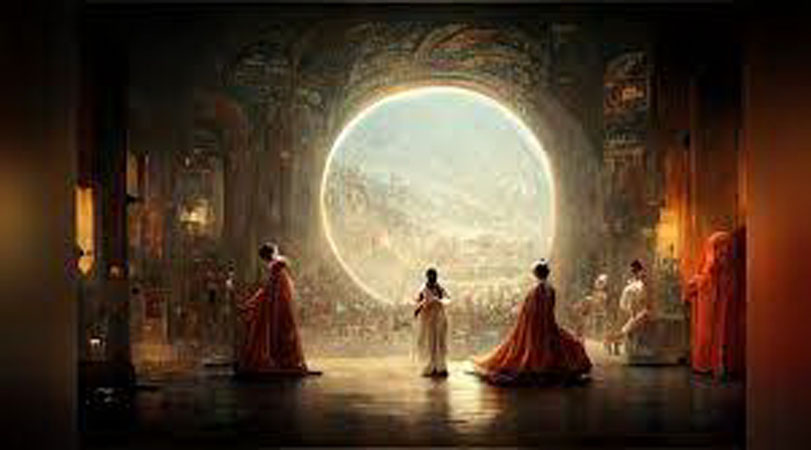 If 2021 was the year art NFTs burst into centerstage, then 2022 is when they were edged out by AI art. The last few months have only escalated the tremendous potential and concerns surrounding AI art, many of which will spill into the coming months.

The conversation around AI art took off strongly from July 2022 after machine-learning model DALL-E2 was made available to one million waitlisted people. DALL-E2 was the much-anticipated beta of DALL-E (named after artist Salvador Dali and Disney Pixar’s WALL-E) by Open AI, an AI research lab. DALL-E2 was released officially to the public in September and users couldn’t get enough of the images and art generated by language prompts that could be as simple or as bizarre as “astronaut relaxing on moon beach” or “Darth Vader riding a tricycle outside on a sunny day” In just a month, an estimated three million people were using this AI art generator to produce over four million images a day, according to reports.

Users have used DALL-E2 to generate images that are inherently absurd, surreal, humorous and at times satirical.

Another major AI art generator that dominated the conversation this past year, and has seen more complex results come out of it is Midjourney, which runs on the server Discord and also uses text prompts. In its initial days, Midjourney became synonymous with otherworldly landscapes, often with a dystopian touch. It quickly garnered interest and several artists, illustrators and designers, especially those designing concepts and storyboards, found it appealing. Concept artist Andrei Riabovitchev, for instance, used Midjourney to create fantasy compositions that have incorporated angels, supernatural beings, aliens and astronauts. Closer home, Goa-based design studio The Busride has been using Midjourney to think of alternative futures for the Taj Mahal and think of other monuments in a whole new way, available for viewing on their Instagram page. In their explorations, the following scenarios have been considered paired with artwork made through Midjourney. In one, a massive 9.3 Richter scale rocks North India in 2031 and the monument is “irreparably damaged”. Repair ensues, and the reconstruct ed Taj has Persian poetry filling up the cracks.

The concerns surrounding Midjourney and AI-generated art came to a head when an artist won the Colorado State Art Fair’s competition in the category of “emerging digital artists”. Jason Allen’s work, Théâtre D’opéra Spatial (Space Opera Theater), was made using Midjourney. As the title suggests, the artwork depicted a space setting with figures in robes looking out through a viewport. The work brings together space opera and classical Baroque elements.

According to reports, Allen submitted it in the digital art category under the name “Jason M Allen via Midjourney”. As The New York Times reported, the category’s rules allow any “artistic practice that uses digital technology as part of the creative or presentation process.” This could mean that using AI programs to create art is no different from using other software such as Photoshop.

Many believe that with the increasing popularity of AI art will lead to the creation of a separate category that keeps it distinct from other forms of digital art. However, as the controversy around Allen’s work showed, artists and designers are growing increasingly concerned about the apparent ease with which AI seems to provide multiple options of artworks, something that would ordinarily take a human professional hours, if not days. In recent months, the art and design community has been questioning the manner in which AI seems poised to put a lot of artists out of jobs, too.

In a viral social media post by a user named “loish”, the artist said they wholeheartedly support the ongoing protest against AI art because “my artwork is included in the datasets used to train these image generators without my consent…Many have compared image generators with human artists seeking out inspiration. Those two are not the same…”

This will largely become the story in 2023, where the community attempts to find a balance between the expanding possibilities of AI art and the ethics surrounding it.