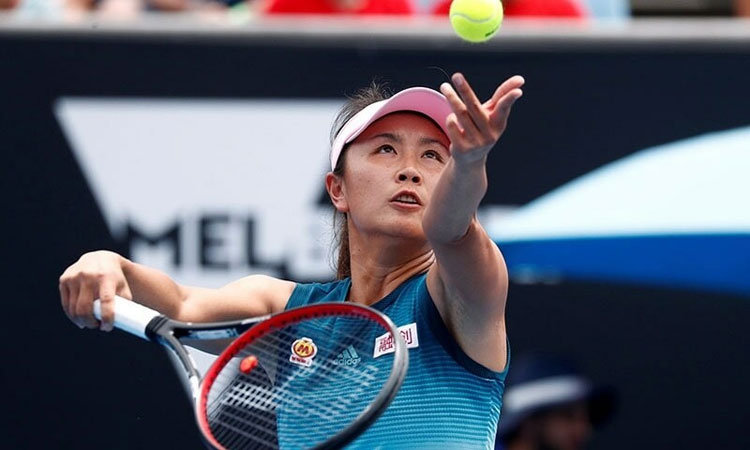 PARIS: The return of WTA tournaments to China in 2023 will hinge on a resolution to the Peng Shuai issue, with the governing body of the women’s game saying on Wednesday it had still not met the Chinese former doubles world number one personally. Peng had accused Chinese former Vice-Premier Zhang Gaoli of sexual assault in 2021 in a post on social media that was soon removed from the country’s internet. She later denied having made the accusation. Peng’s post caused an international outcry over her safety and led the WTA to suspend tournaments in China — a decision expected to cost the women’s tour hundreds of millions of dollars in broadcasting and sponsorship. A provisional 2023 tournament calendar released late last year listed the WTA’s schedule up to September, but there was no clarity on events to be held in China. “There has not been any change in the WTA position on a return to China and we have only confirmed our 2023 calendar through U.S. Open,” the WTA said in a statement. “A return to the region will require a resolution to the Peng situation in which she took a bold step in publicly coming forth with the accusation that she was sexually assaulted by a senior Chinese government leader. As we would do with any of our players globally, we have called for a formal investigation into the allegations by the appropriate authorities and an opportunity for the WTA to meet with Peng – privately – to discuss her situation.” The WTA said it had received confirmation Peng was safe and comfortable but were yet to meet with her personally.