Use of modern tech in crime control need of time: IG Punjab 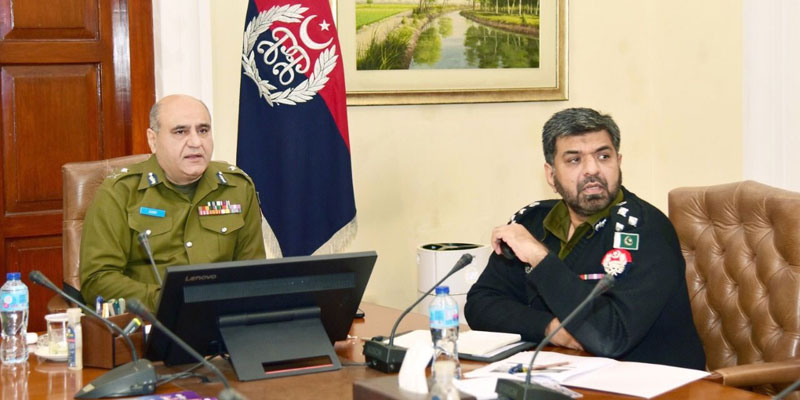 Inspector General of Police Punjab Aamir Zulfiqar Khan has said that modern policing, especially the provision of services to citizens and the use of modern technology in crime control is the need of time . He directed that effective utilization of information technology should be ensured so that the citizens do not have to go round the offices repeatedly for their issues and police related matters should be resolved through latest IT Applications with a single click. Aamir Zulfiqar Khan said that all the applications of Punjab Police, which have various services launched for the citizens, should be integrated in one App and this App should also be upgraded in the light of the feedback received from the citizens. IG Punjab reiterated that Police Khidmat Markaz is excellent project and it’s efficiency should be further enhanced with effective supervision whereas full support and guidance should be provided to the citizens who contact the police through WhatsApp. Aamir Zulfiqar Khan emphasised upon focus on the Complaint Management System to ensure timely resolution of every complaint received by the citizens. He issued these instructions today while presiding over a meeting on IT projects at the Central Police Office.

During the meeting, DIG IT Ahsan Younis while giving a briefing about Public Service Delivery projects said that internal police working is being upgraded with modern IT applications and softwares. DIG IT further said that at present there are 129 Khidmat Marakiz (service centers), 171 Service Counters and 37 police service vans are engaged in providing services to the citizens and millions of citizens are taking benefits every year. He said that the Khidmat Markaz Global Portal is providing overseas Pakistanis with Character Certificate, National Status Verification and other facilities whereas modern softwares are also being developed for fast-track workings of police station. IG Punjab appreciated the IT reforms and instructed to widen their scope. DIG Ahsan Younis and related staff officers of IT branch were present in the meeting.

Capital City Police Officer (CCPO) Lahore Ghulam Mahmood Dogar had given the task to all divisional superintendent of police (DSPs) and subdivisional police officers (SDPOs) to meet targets of the arrest of these criminals according to the lists provided to them earlier. He said that under the special campaign, POs, TOs and CAs involved in heinous incidents of crimes were being arrested on daily basis.

The CCPO said that special teams had been formed at police station level who conducted raids along with the Elite Force on daily basis and all-out sources and intelligence bases information had been used to arrest the outlaws. He said that the upper sub-ordinates and investigation in-charges were responsible for arresting the listed POs, TOs and CAs. The Criminal Record Office (CRO) data and fingerprints of the POs, TOs and CAs, had greatly helped in identification and arrest of criminals involved in heinous crimes, he concluded.