MELBOURNE: Australia’s Thanasi Kokkinakis has confirmed he will partner compatriot Nick Kyrgios to defend their men’s doubles crown at the Australian Open this month. The duo, dubbed “The Special Ks”, became the first wildcard team to win the title at Melbourne Park in the professional era. There were doubts whether Kyrgios would play both singles and doubles in the year’s first Grand Slam after he withdrew from the inaugural edition of the United Cup due to injury but Kokkinakis said they would give it a go. “We’ll be playing (at the Australian Open). Doubles is a lot less taxing on the body and mentally it’s a bit easier as well,” Kokkinakis said. “Obviously, singles is our priority but I think it would be rude not to go out there and have fun with it.” Ahead of the Australian Open, which begins on Jan 16, Kokkinakis will play in the singles in the first of two Adelaide International tournaments. The Australian said he was surprised by the strength of the field for the ATP 250 event, which also features former world number ones Novak Djokovic and Daniil Medvedev. 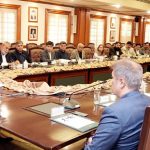